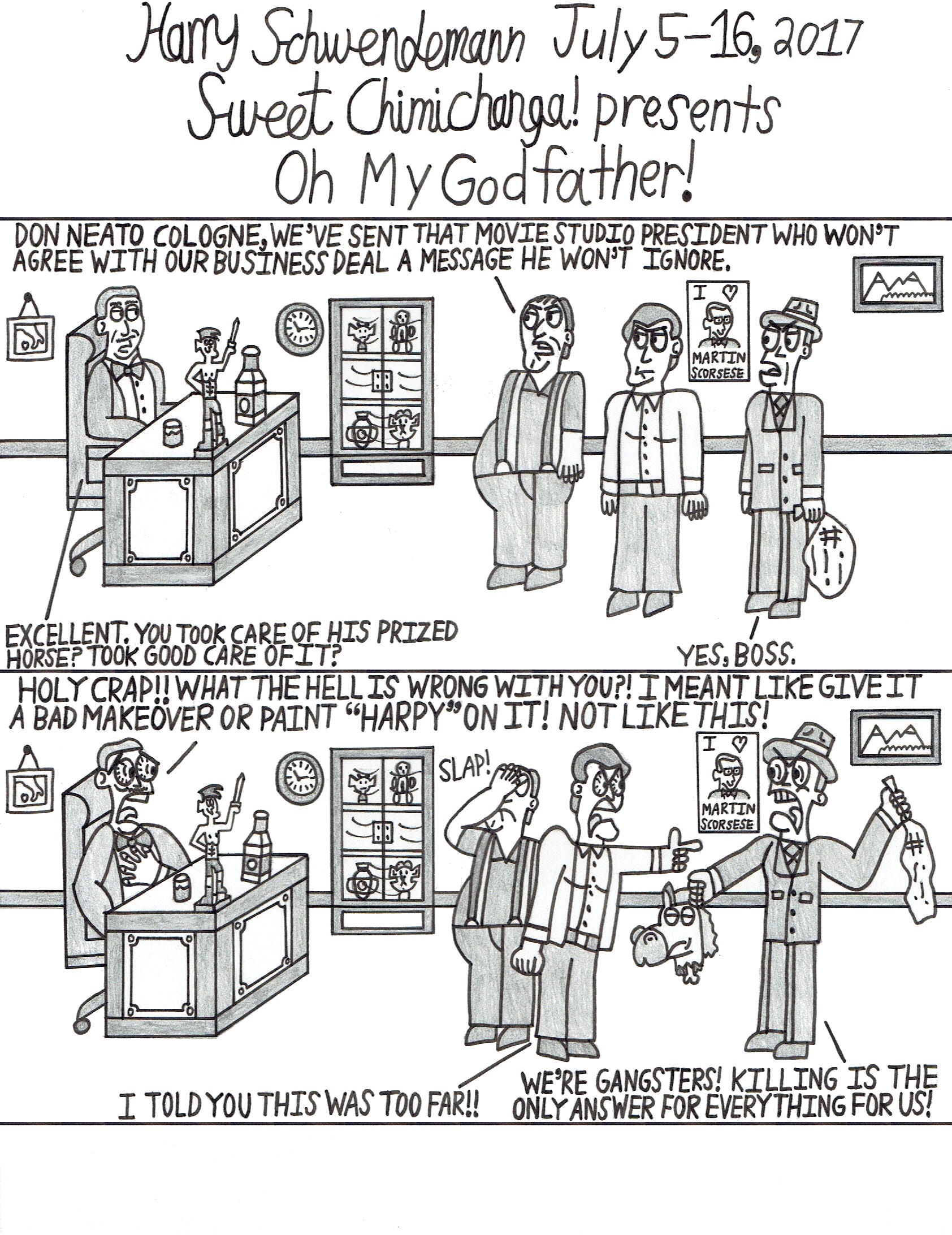 Warner Republic
Even in the criminal underworld, violent murderous gangsters have standards. XD

When a crime family makes a deal with you, better be careful with it, because they will take extreme measures in making sure you agree with them. Unfortunately, this mob boss didn't want his message to be sent without a head. ;)

The mob boss is based off Vito Corlone from the Godfather books and films. The first and fat gangster is based off James Gandolfini who played Tony Sopranos from the Sopranos TV series. And the gangster in the middle is based off Ray Liotta who played Henry Hill in the film, Goodfellas. The Easter eggs in this comic strip are a Psycomore statue on the mob boss' desk, a Derek Liberty and Master Cola busts inside the cabinet and the picture on the right of the comic strip is from issue 62, Don't Fear The Peeper!

The next strip will be Sweet Chimichanga's 100th comic strip. Be prepared for next week. Hooray!