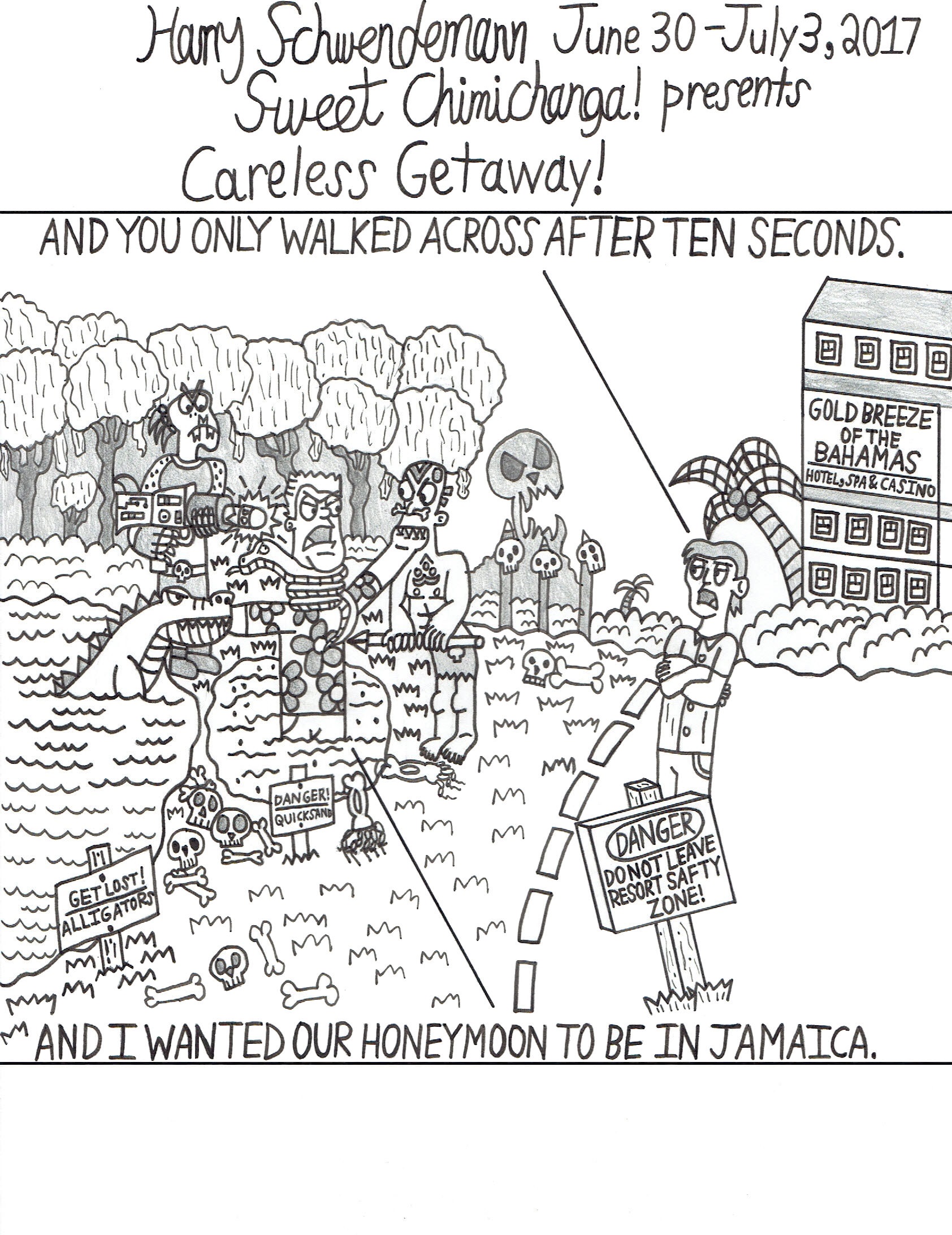 Warner Republic
Or probably this Bahamas resort should have built a fence to keep the dumb tourists out. Then we wouldn't have this hilarious situation. XD

When I have started this comic strip, a newly-wed wife was suppose to be in the quicksand until I got the idea of making the couple of the same sex. This is officially the first comic strip and first ever drawing I have made that has a gay couple. And I'm delighted and glad I did it, making a new step forward in creativity and diversity. Hooray!! :D

And also, even though you're on vacation, read the damn rules if you want to have kids and live after getting married!!! Unless your new spouse is already nagging you to death. No matter what gender. XD