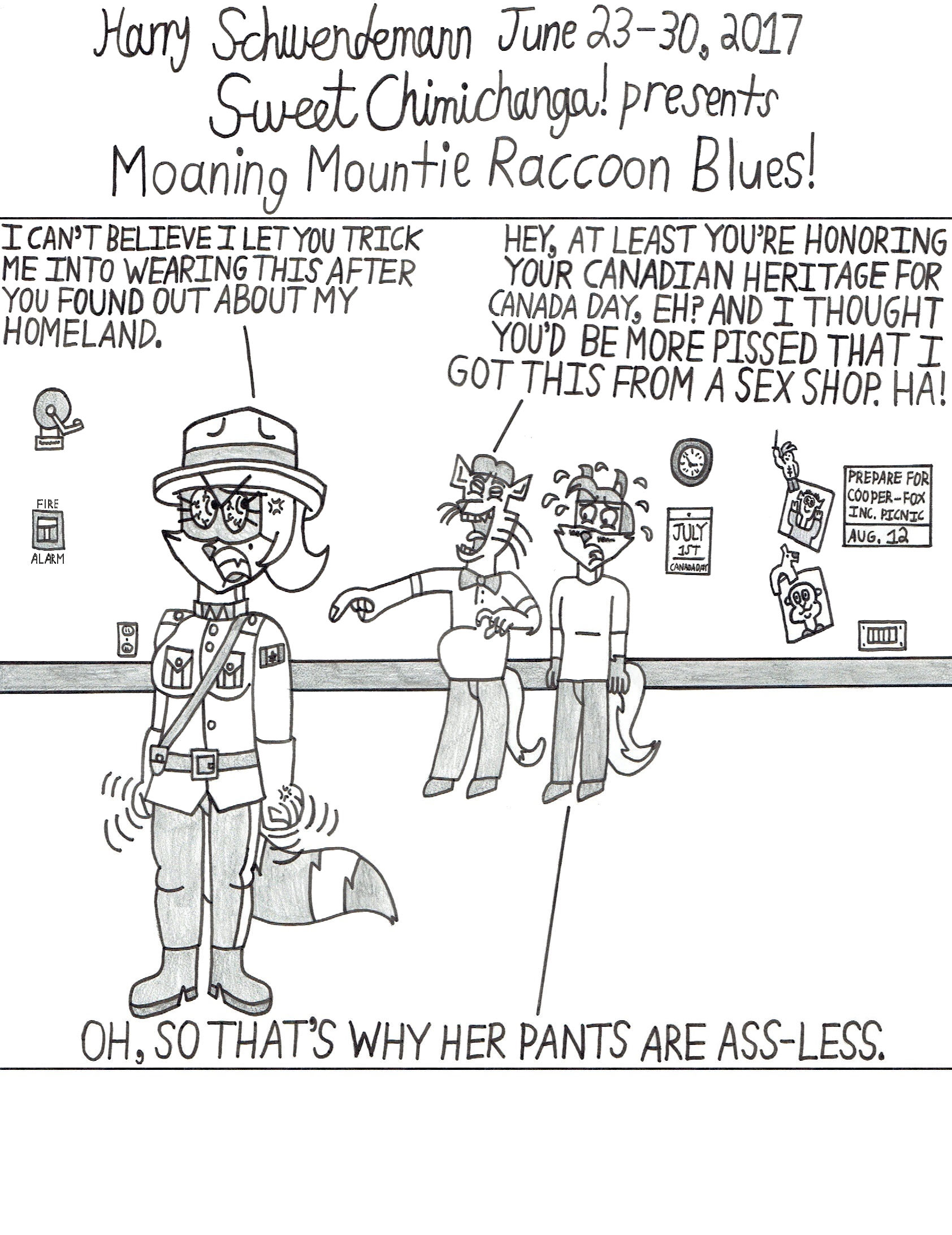 Warner Republic
That's right. My beloved Rachel Ringtails the raccoon girl is a Canuck. But, please, don't ask her to say "aboot" or "eh?" Especially now when she's once again a victim of Derek Liberty's insensitive ridicule. XD

Happy belated Canada Day, fellow citizens of America's hat. In a late celebration of your country's birthday, my female raccoon character reveals that she is a fellow native of the Great White North. But, since Derek Liberty the jerk cat found out, he somehow got poor Rachel into "honoring" her heritage by wearing a beloved Canadian outfit from someplace you wouldn't want to buy clothes for your girlfriend. Unless she's that kinky. And at least, Carl seems pretty interested in it. XD

Rachel Ringtails, Derek Liberty and Carl Vixson are created and owned by me.