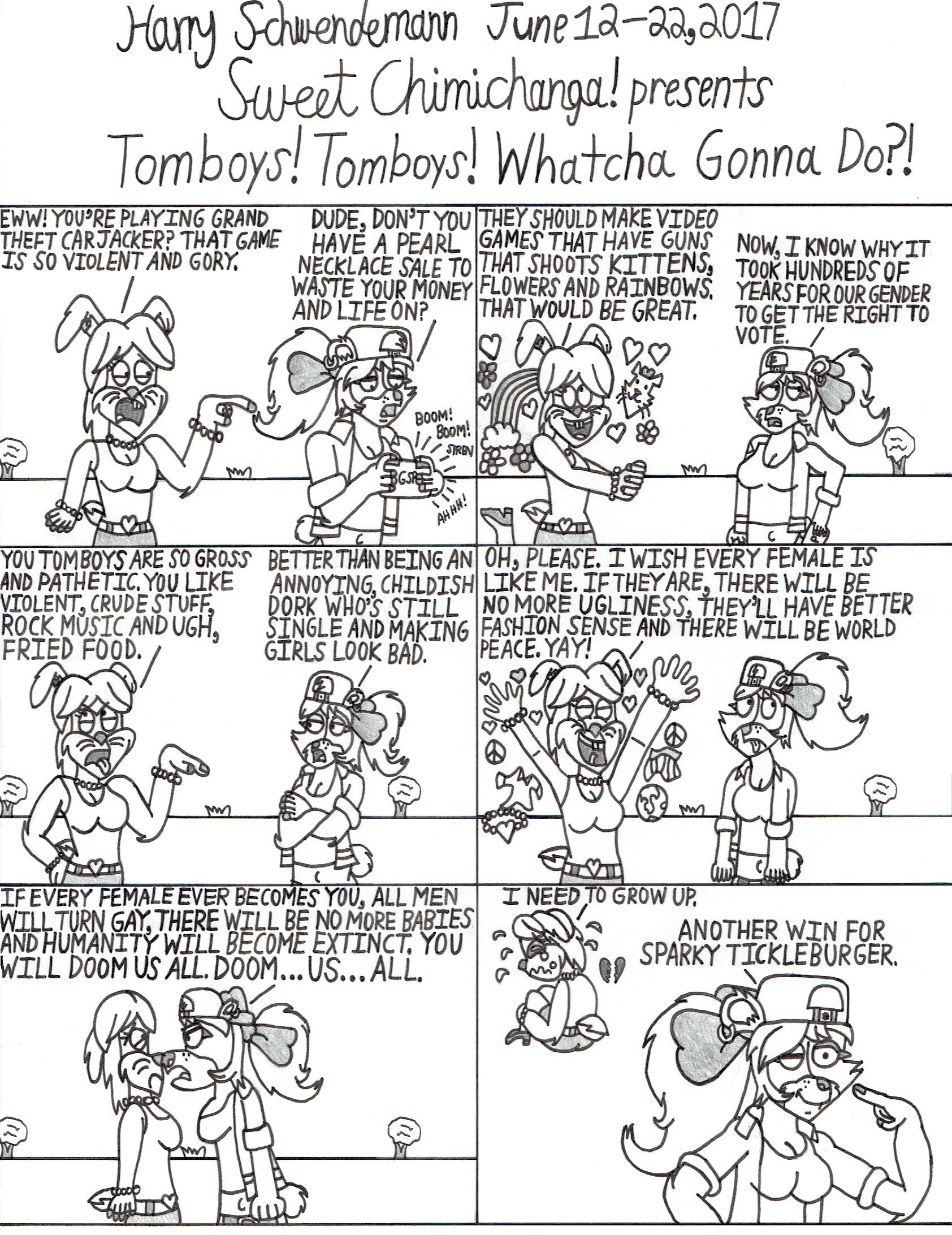 Warner Republic
When some people get on your nerves, you just want to show them that life is better off without them with the cold, harsh "truth" or personal opinion. XD

This is my newest original character and additional cast member for the Sweet Chimichanga! series. Say hello to Sparky Tickleburger the slacker, tomboy bear girl. She's inspired by my friend, Barbara's character, Lorena the bear, and the Planet Dolan character Doopie Do Over. She's also inspired by the character Randal Graves of Kevin Smith's View Askewniverse films like Clerks, which I'm a huge fan of his films. Sparky enjoys disrespecting and harassing people who annoy or get of her nerves, which is a mistake for them since she's a professional in making people's lives a nightmare. And this poor girly-girl type bunny is an example. And the flag on her hat means she's Canadian.

Hope you all enjoy the comic strip and my new character. And Doopie Do Over, I hope you enjoy also since I'm big fan of your character on Planet Dolan.