Comic 95 - Beyond The Fourth Wall! 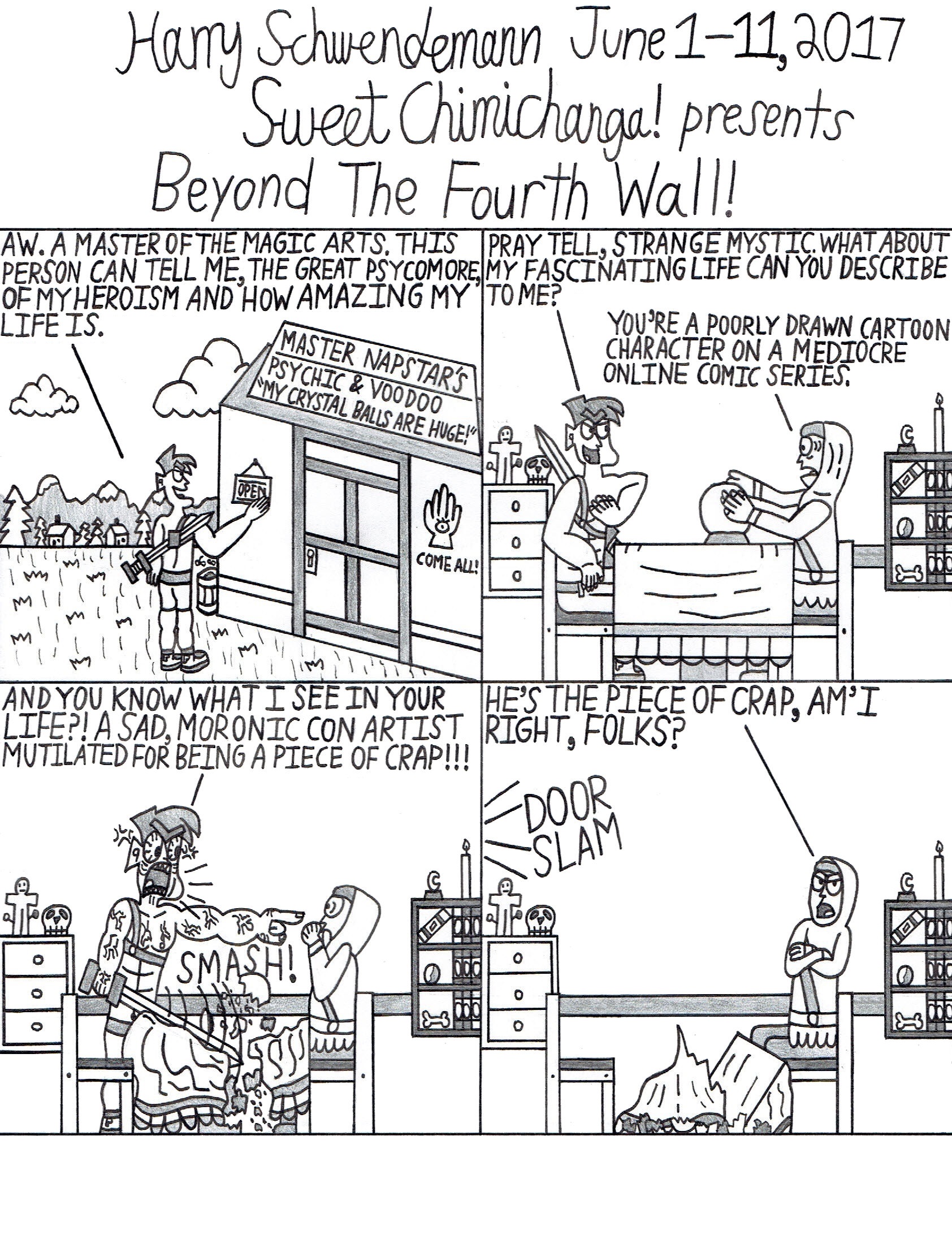 Warner Republic
Psycomore is a piece of crap because I drawn him as one. XD

In celebration of having 5 strips away from Sweet Chimichanga's 100th comic strip, (Yep, that's right. 5 more until my 100th strip) I have drawn its first official fourth wall-dedicated comic strip. I love fourth wall jokes when done in a clever manner and at the right time. In the future, there will be some strips that have a fourth wall joke in it, but I won't over do it. Don't you worry, folks. ;)