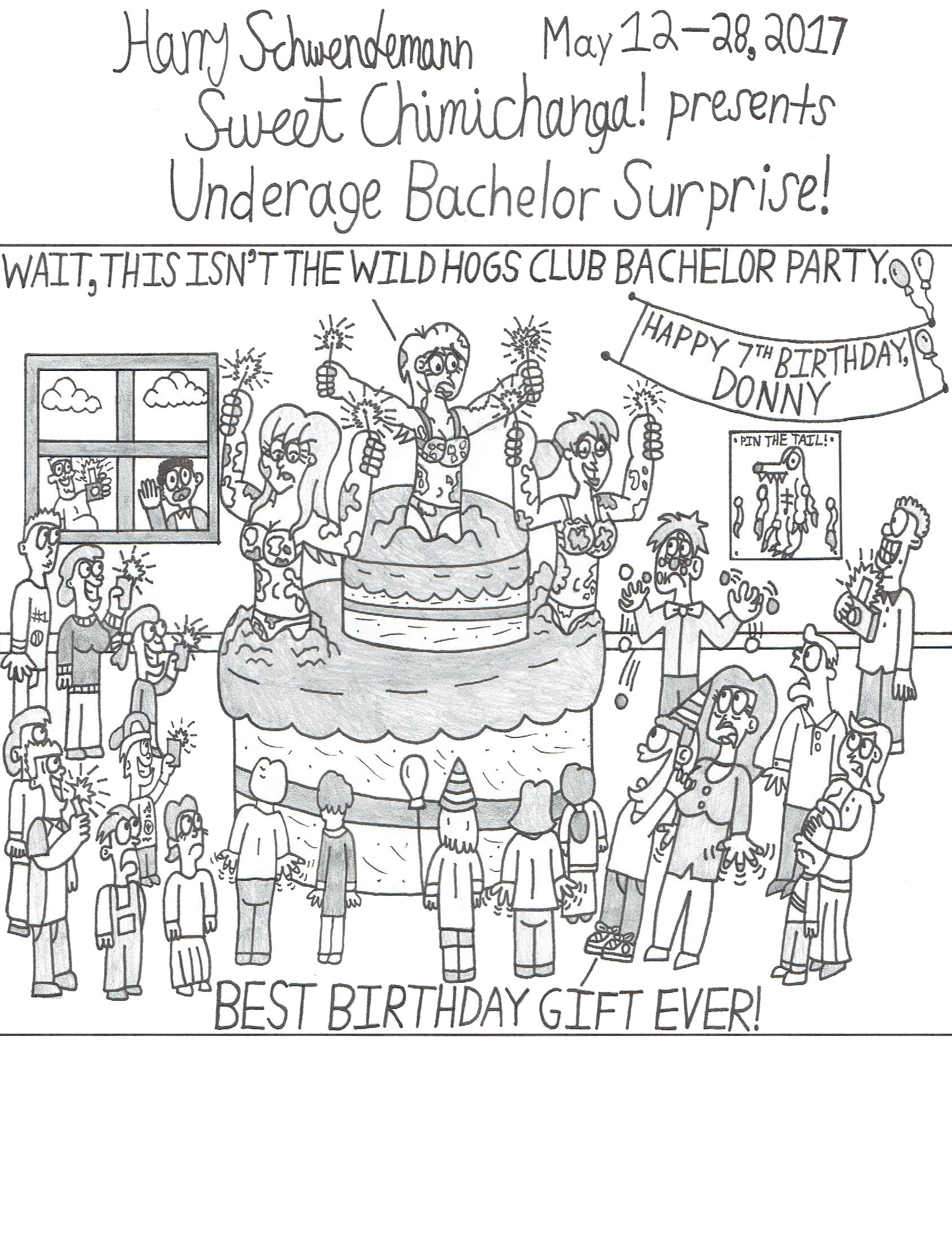 Warner Republic
When you want to give your child a big, special cake for his birthday, you better check it doesn't have any "surprises" inside it. Unless your child is Hugh Hefner or Charlie Sheen. XD

When I was designing the cartoon, I was going to name the little birthday boy, Danny. But, then I decided to make him the boy from the comic series' first issue in celebration of having six issues away from Sweet Chimichanga's 100th issue. Yep, 6 more to go before the 100th issue. Yay! But, by forgotten coincidence, his name is Donny. Wow! One letter away from the same name. Crazy. At least, Donny had a grand surprise for his birthday. :D