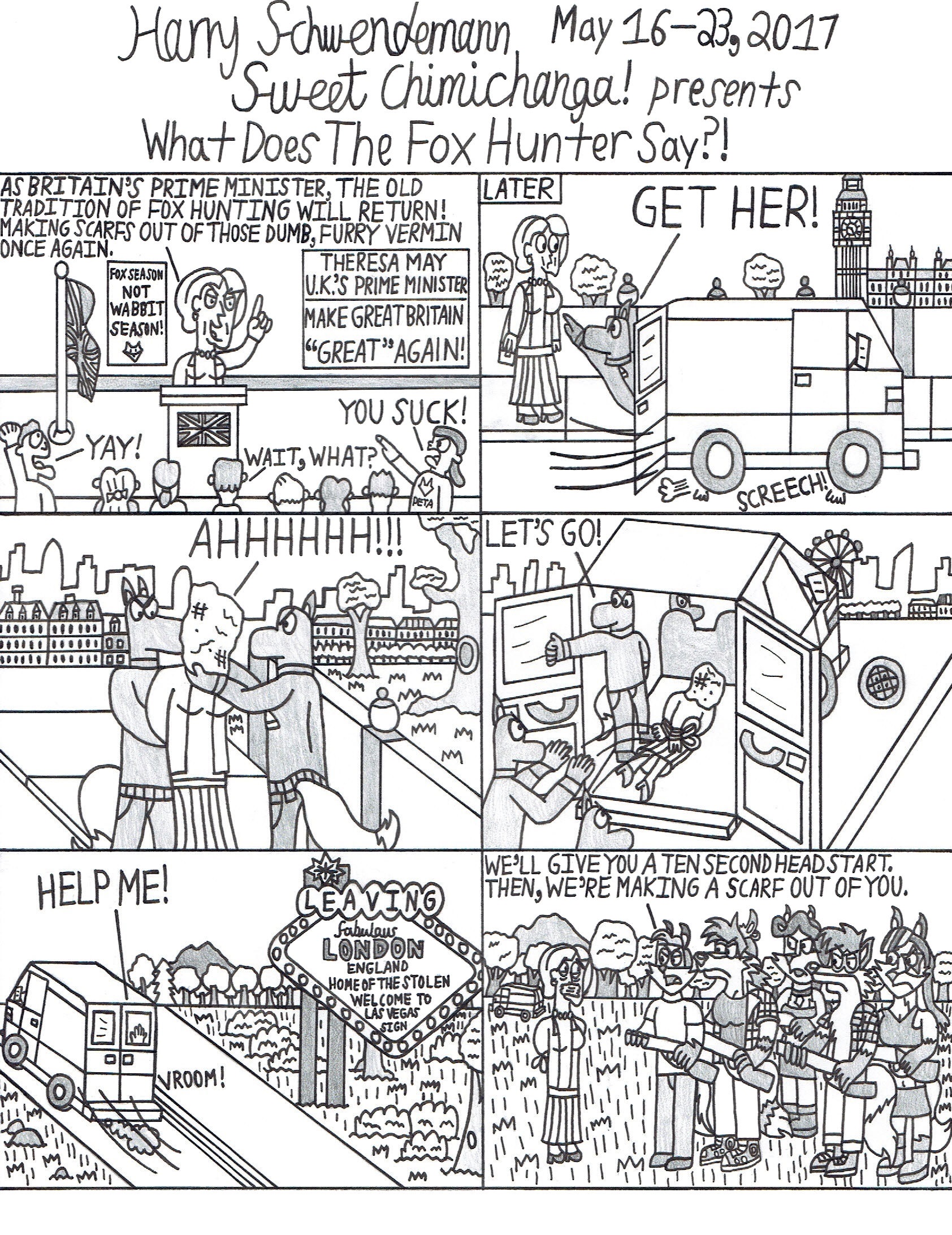 Warner Republic
The fox hunter says, "Please, don't mount my head with googly eyes and buck teeth after you shoot me, fox." XD

Current British prime minister, Theresa May, is issuing the return of the old, barbaric tradition of fox hunting to the U.K. and every animal lover there is going to start sharping their pitchforks, light their torches and post immature, whiny messages on Twitter. To show my love for one of my favorite animals and disgust towards hunting for sport, I drew this cartoon strip to give away my support in keeping the ban on fox hunting. And a group of anthro foxes are going to save their species by giving the British prime minister a taste of her own medicine. ;)

The fox characters in the final panel are Carl Vixson, my own character for the Sweet Chimichanga series, and three of them owned by friends of mine for a cameo spot.

-From the right is Jacob Elmer/Fox-Jake's rocking fox character, Roxanne.
-From her right is a parody of a well-known Latin police inspector fox from a beloved video game series about a raccoon master thief. ;)
-The next being Mark A. Smith's/FreyFox's fursona. Mark has been involved in British politics and against the prime minister's plan of bringing back fox hunting, so I hope this piece of satire will show humorous resistance against Theresa May's plans and support for animal rights.
-And the last one being Ajay Parihar/AjayRulezzz's fox character, Dusk the Vixen.

And people please, support and vote against the repeal of the fox hunting ban in the U.K.