Comic 91 - Into The Heart of Darkness! 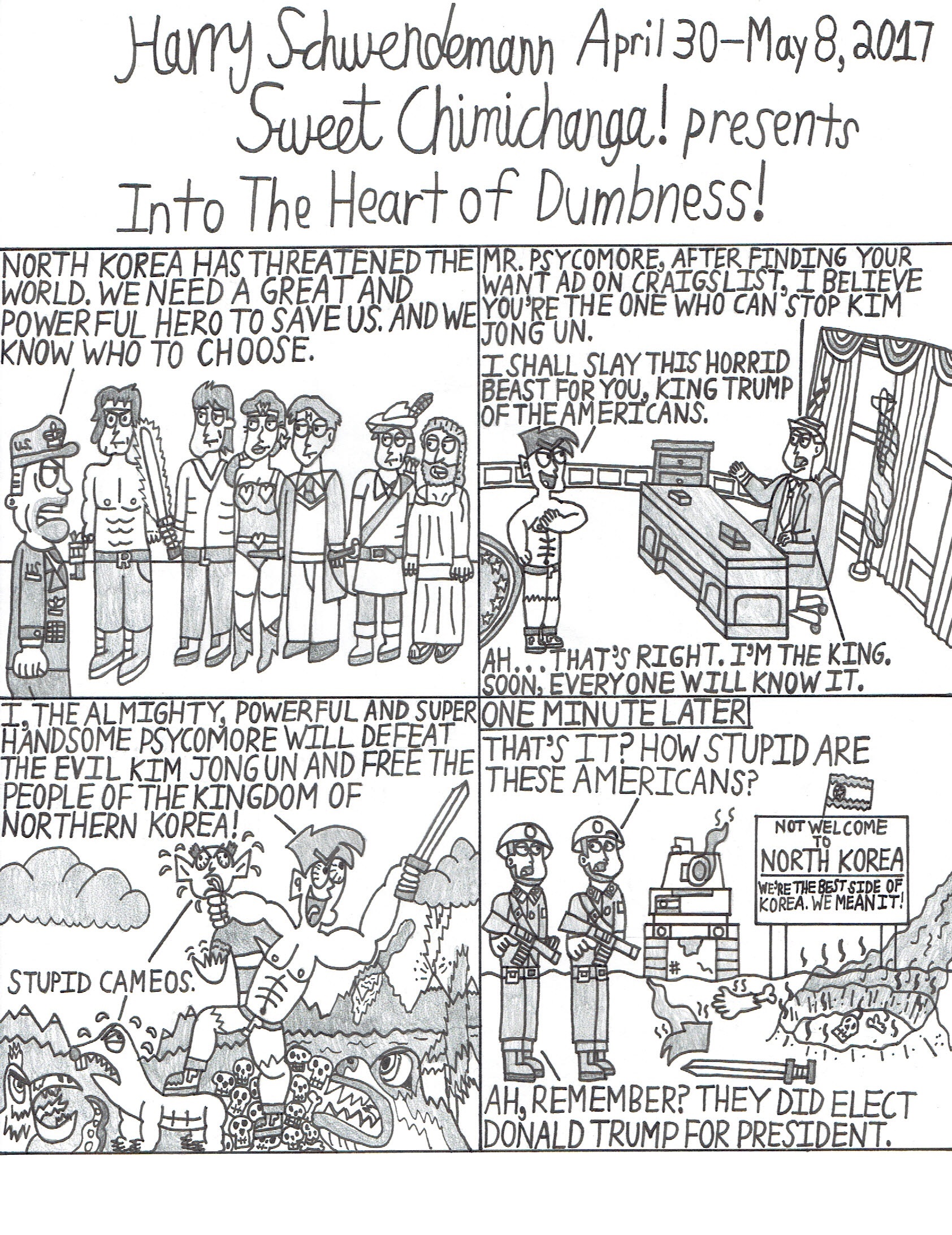 Warner Republic
Out of all the great heroes the U.S. Government would have picked to stop one of its enemies from starting a war, they had to pick my crappy idiot of a hero. The horror! The horror! XD

If any of you read the book, Heart of Darkness by Joseph Conrad, about slavery, racism and colonial conquest in the Congo region of Africa, that inspired the movie Apocalypse Now! about the "horrifying" affects of the Vietnam War, I hope you understand this title. ;)

North Korea is at it again and now Donald Trump decides to handle the situation by sending the mighty, powerful and super-egotistical idiot, Psycomore, to save the day. Only to fail and suffer like the idiot he is. If Donald Trump wants to send jokers to stop the dictator of North Korea, he should have sent Seth Rogen and James Franco to do an interview with him. ;)

Craigslist is created and owned by Craig Newmark.
Heart of Darkness is created by Joseph Conrad.
Apocalypse Now! is owned by United Artists studios.