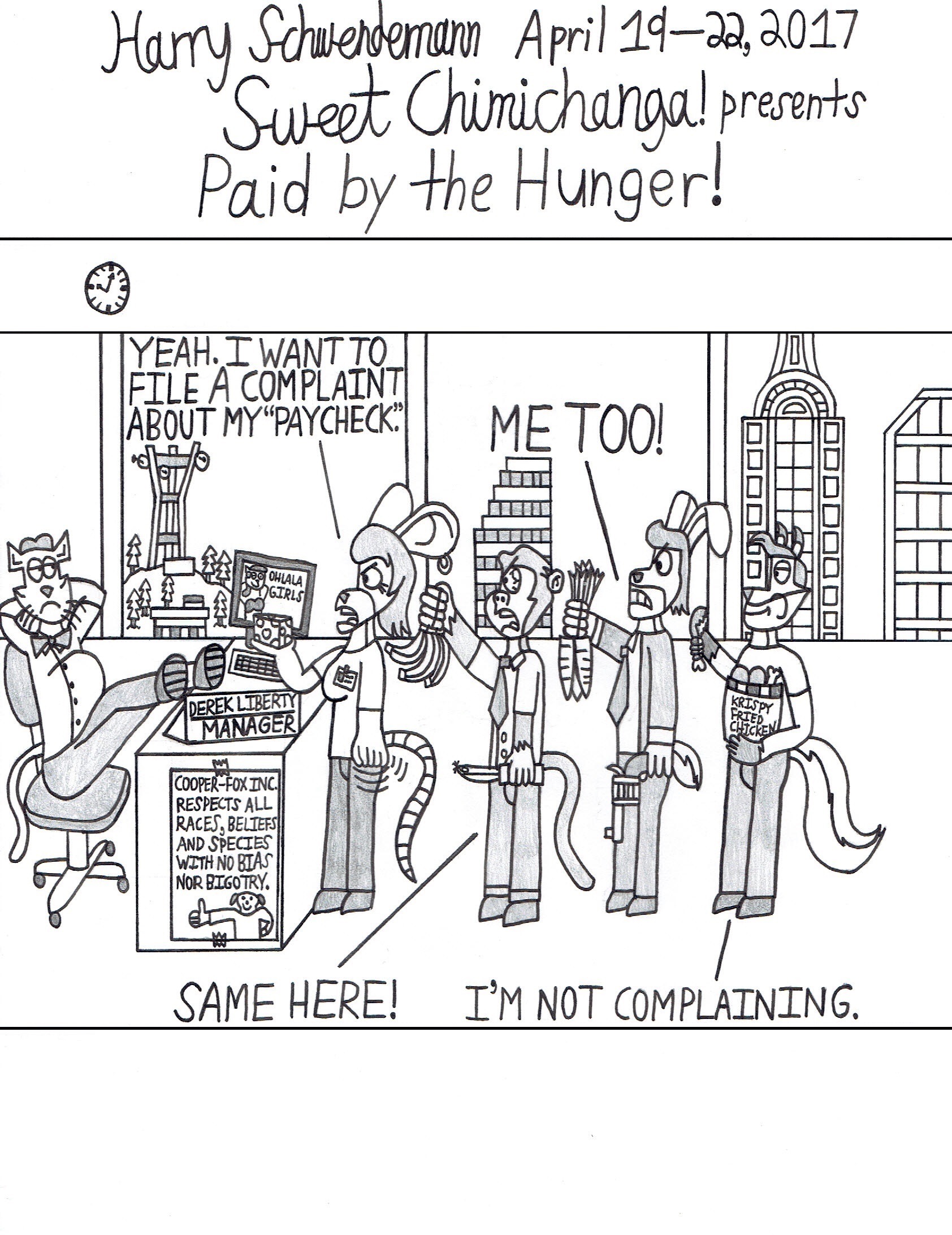 Warner Republic
DEREK LIBERTY IS THE MANAGER OF CARL AND RACHEL'S WORKPLACE!!! HOLY CRAP, IT'S THE APOCALYPSE!!! XD

Stereotypes don't pay the bills and everybody's number one dirtbag kitty and person to run over with a steamroller doesn't care when it comes to his fellow workers. But, at least Carl Vixson the fox is nonchalant about it. Probably because he didn't had lunch lately. ;)

The antenna tower on that hill out in the city is based on Sutro Tower from San Francisco. It's my favorite landmark and place of one of my favorite cities. It's such an amazing structure and area that place is. :)

And by the way, if I see any Zootopia comments typed here because of this comic strip's topic, I'm going to create my super muscular, mutant, atomic monster army and invade Disneyland!! XD