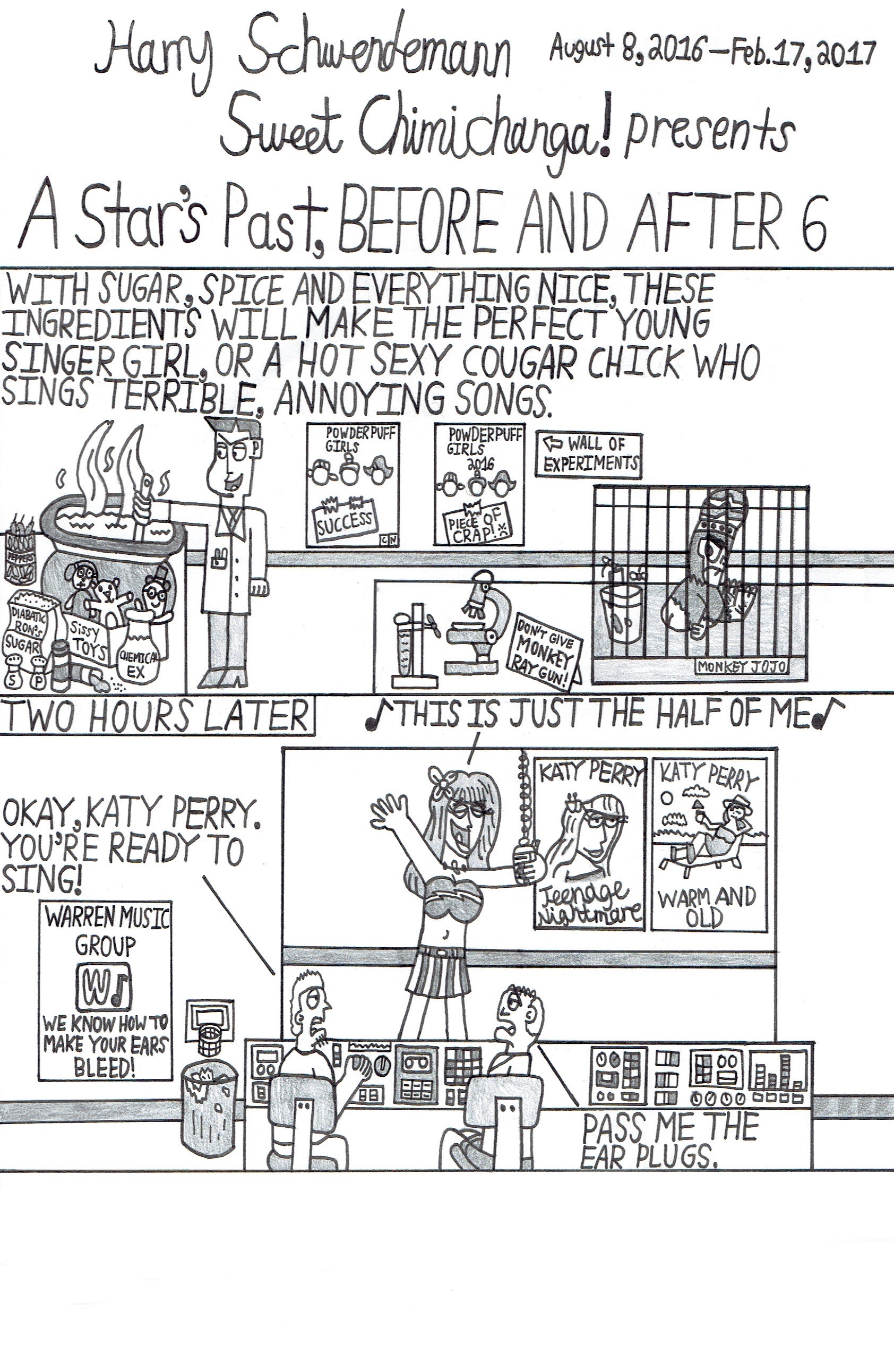 That professor has brought the world a science experiment that make people wear pink, sprinkly wigs, sing with Kenny G about Friday nights and struggle to sleep at night with an ongoing song stuck in their heads. I love the reference I made about the Powerpuff Girls original series and the reboot series that made millions of die-hard fans to stand outside Cartoon Network Studios with pitchforks, torches and nooses. XD

The Powerpuff Girls is owned by Cartoon Network and Time Warner.

Section79
Katy Perry's "Chained to the Rhythm" makes me want to shove a cattle prod in my ear.

I can't stand that song, "Perfect Storm." It had on/off bad rhythm.