Comic 72 - No Habitat for Humanity! 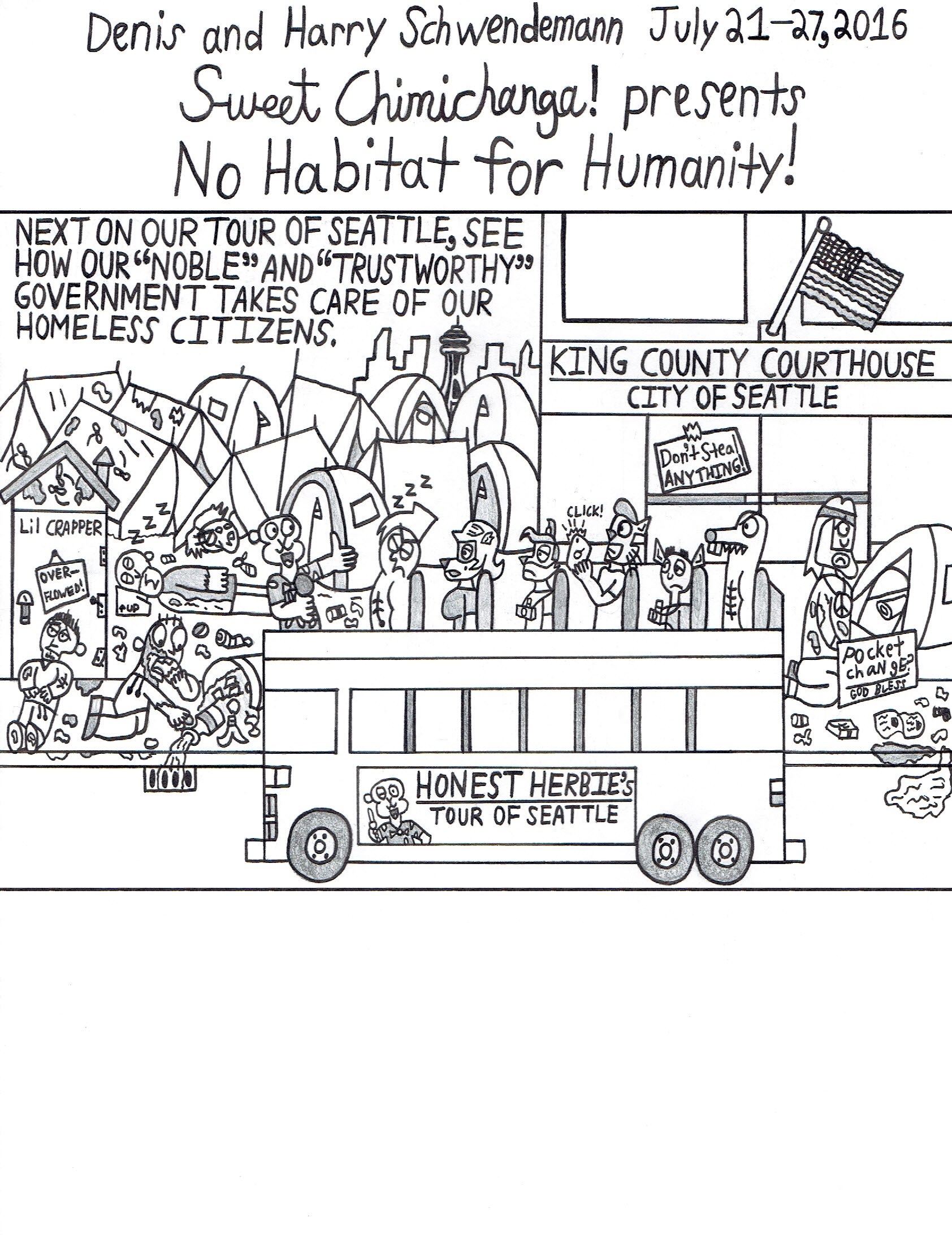 Warner Republic
Good ol' Seattle, Washington is known for being the true capital city of coffee-lovers, annoying hipsters, rich computer geeks and tent cities. Despite being in a "caring" and "open-minded" liberal, West Coast state, the government struggles on providing for our homeless people and giving them decent, sanitary homes to live in. While trying to find the perfect real estate area for their shantytowns, they can move in right next-door to the King County Courthouse; the same people who suck at even giving the homeless at least clean porto-potties. XD

Here's another father/son comic idea bringing people thoughts about our society and poking fun at it. Thank you, Dad. :)

There are so many "celebrity" cameos in this comic. All Sweet Chimichanga! characters basically live in a multiverse. In order; Honest Herbie (the enthusiastic and harshly honest tour guide), Rachel Ringtails (the raccoon girl), Carl Vixson (the fox guy), Derek Liberty (the jerk cat who's insensitive about poverty), Master Cola (the pointy-ear elf mystic master) and the leader of the Mutant Moles, Harry Bolls, are owned and created by me.