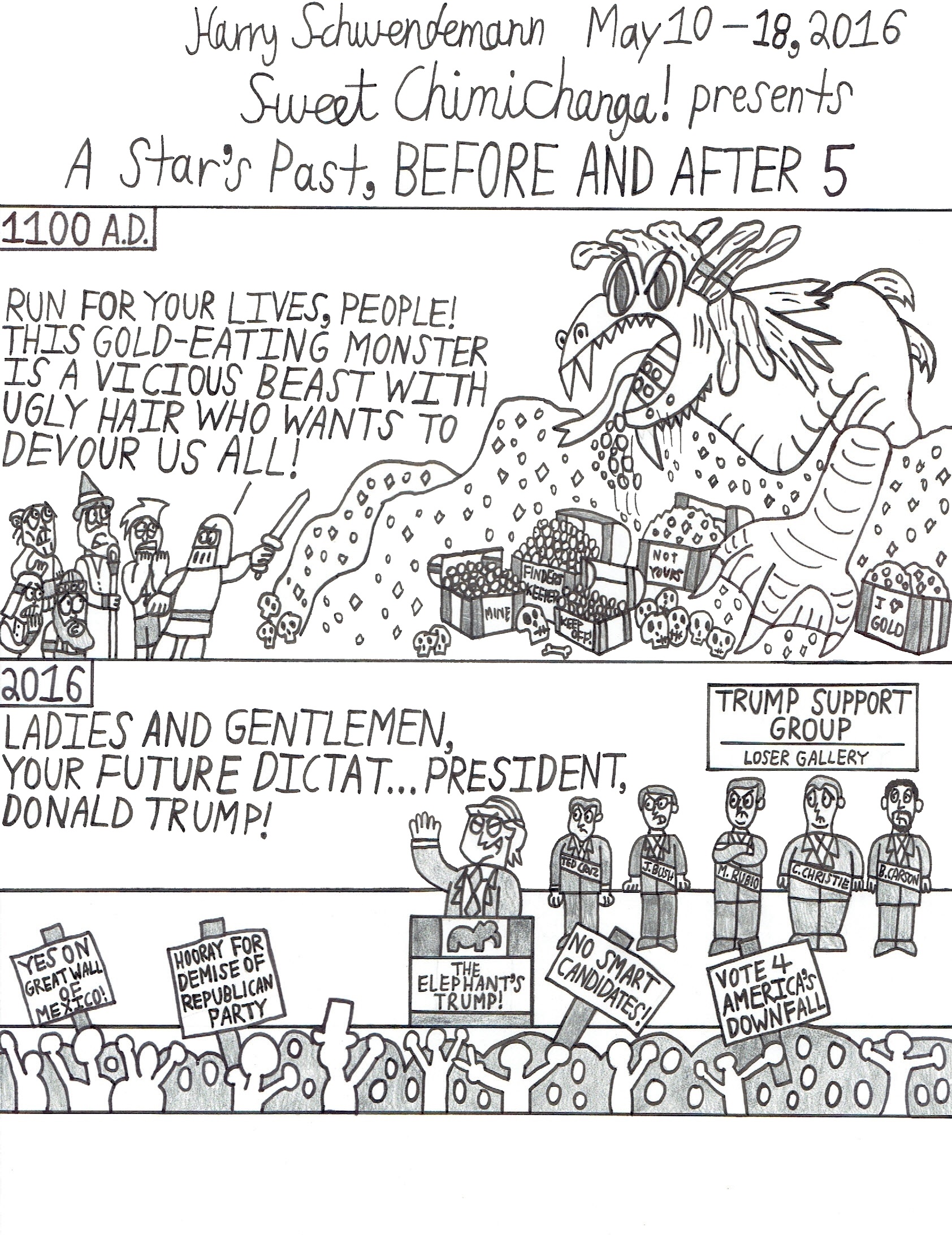 Warner Republic
When he wins, America will have -7 friends total on Facebook. XD

This powerful, fearsome, greedy, thousand year-old dragon is unleashing a reign of terror upon the world with its billions and idiotic, selfish ego to turn the White House into the Trump House, and it shows no mercy towards women, Hispanics, Muslims and people who won't let him build a 5-star golf course with a spa resort and international airport on endangered wetlands. He has a stone-cold heart, that he turned into a 24-carot gold one, and he will not stop until this spoiled brat gets his way or he will unleash his Republican Party posse, who are being held against their well. ;)