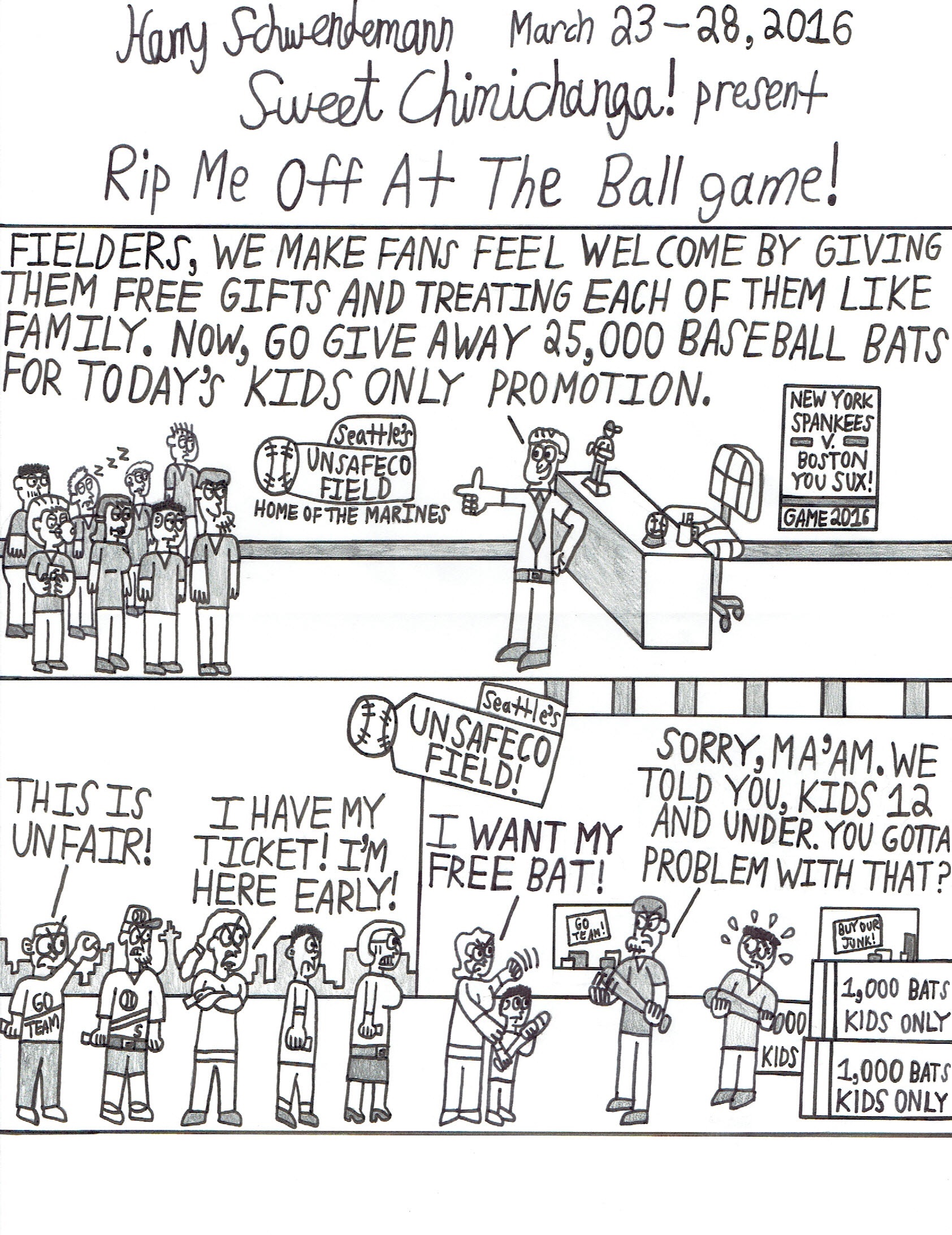 Warner Republic
Some people don't just go to the game for peanuts and crackerjacks. They'll call-in sick on a work day or fake a funeral to get the free goodies for the cost of a $40 ticket up in the bleachers. But, bring your kids just in case if they have those kids-only promotions that is just age discrimination. XD

Based off my time at Safeco Field in Seattle as a part-time fielder, we give away free merchandise to the fans when they enter the stadium. We give away bobble-heads, model trains, piggy banks and hats. One day, we was giving away free baseball bats for a kids only promotion, which was a bad idea because we had like thousands of them to probably give to everyone in the stadium, and teens and adults wanted them badly. I believe it wasn't good customer service doing that.