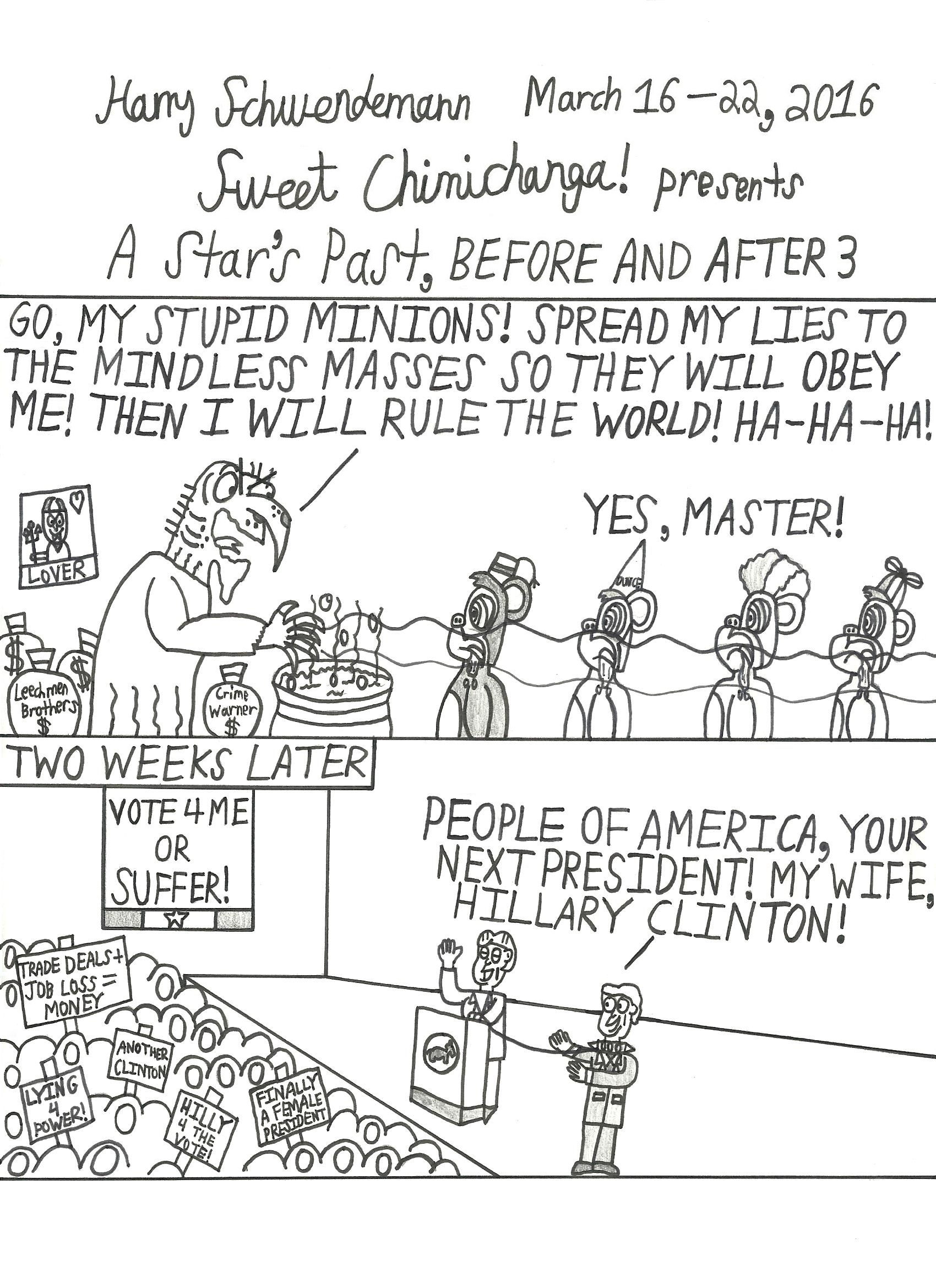 Warner Republic
She lies about being against various big, greedy businesses that are ACTUALLY funding her campaign, supporting trade deals that costs hundreds of thousands of American jobs like NAFTA did, the Benghazi attack and the hiding State Department email messages scandal.

And millions still vote for her!

If the reason is because, "We want our first female president!" Then I'll ask you this, "Why not Oprah?!" XD