Comic 53 - And That's Why They Call It Dirty Love! 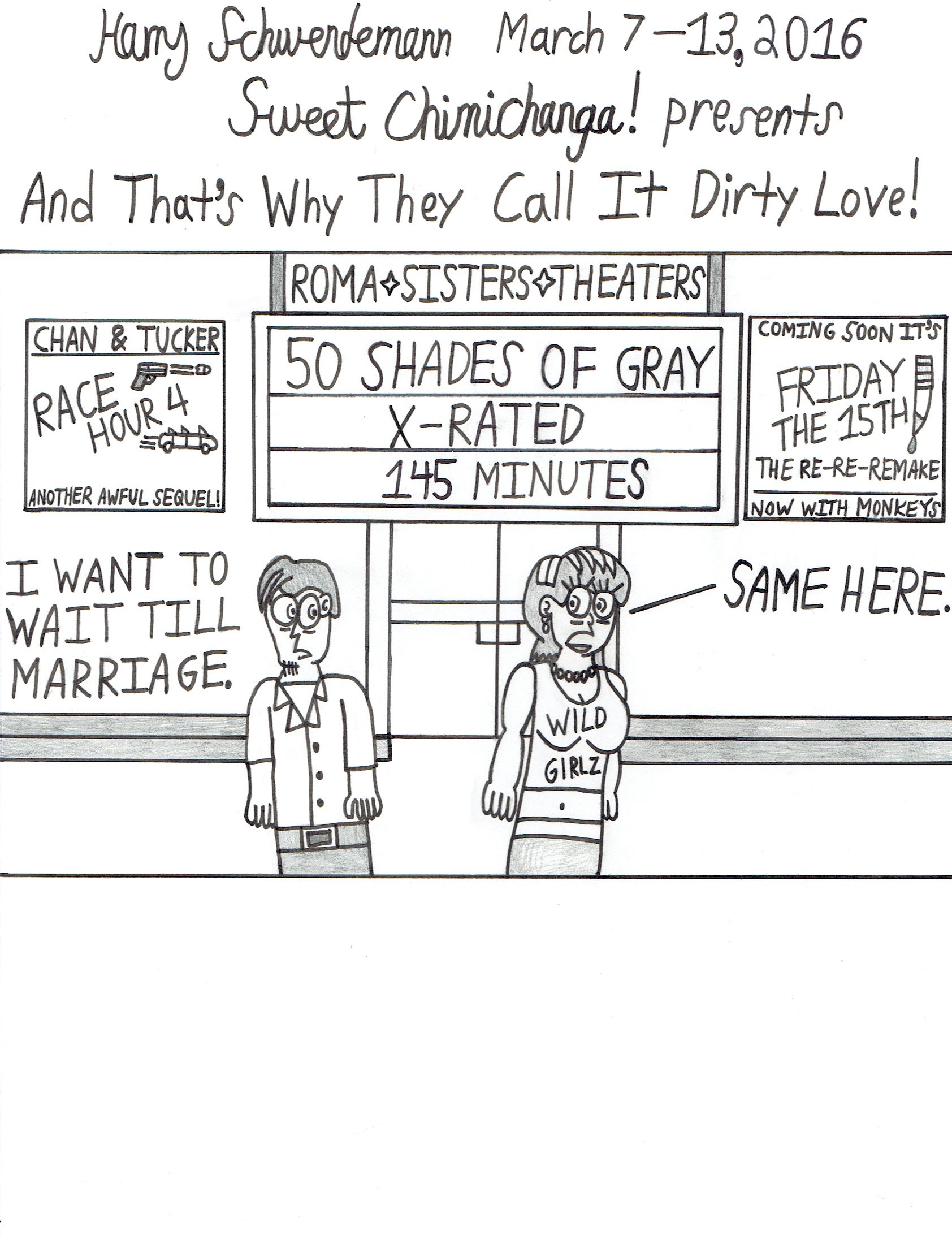 Warner Republic
First, it started out as a Twilight fan fiction. Next, three more fan fictions. Published best selling stories despite negative reviews from critics. Then, a $500 million motion picture film. Now, here's the more shocking, X-rated version of it. And, we have to go through two sequels. At least it's better than Twilight. XD

I know that "Gray" is not spelled in the right version of it. I just want to try to avoid copyright issues with the owner. XD

Twilight series is created and owned by Stephenie Meyer.