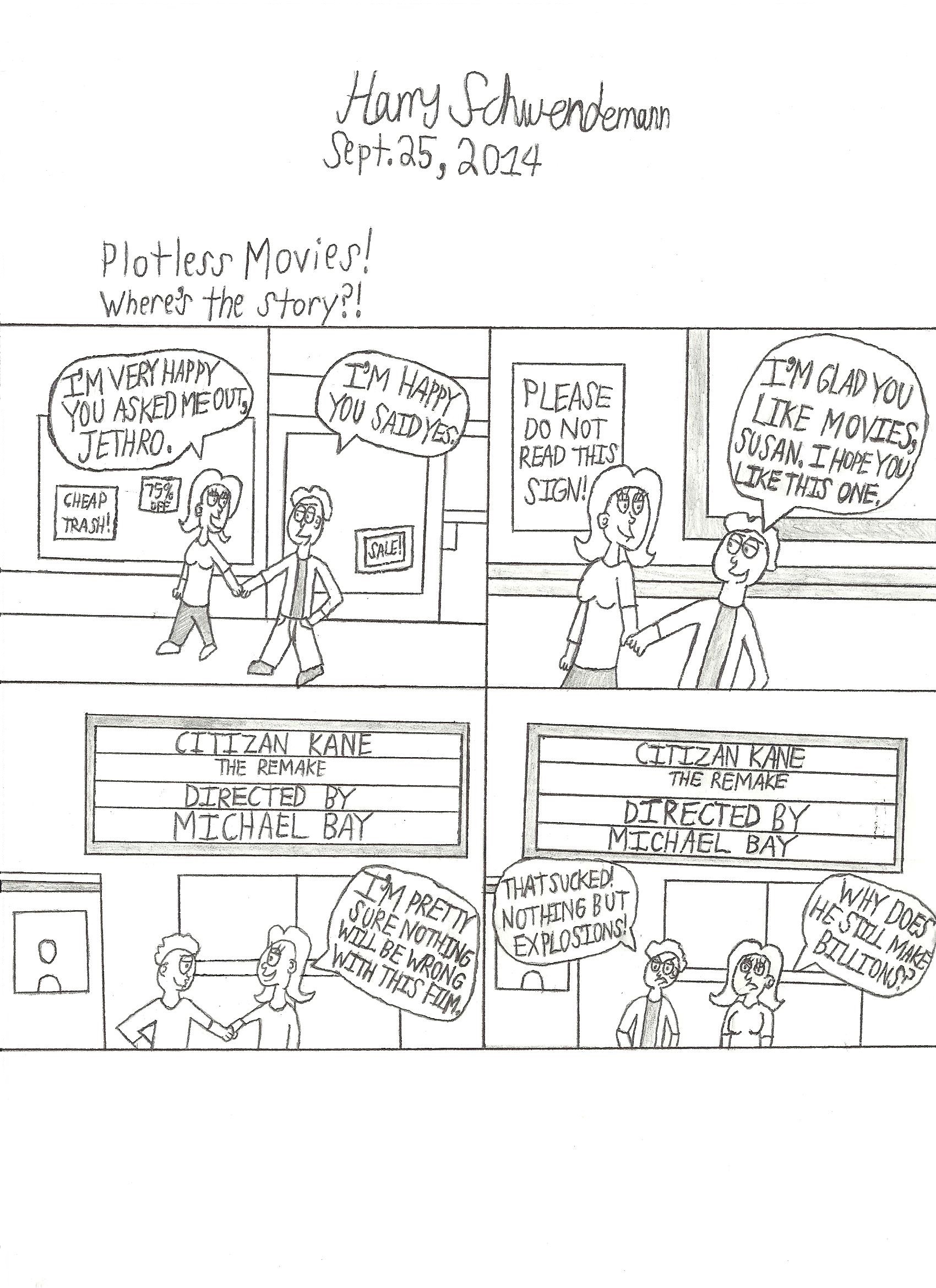 Warner Republic
Here is my second published cartoon from the Highline College newspaper, the Thunderword!

Citizen Kane is one of the greatest movies of all time. The one hit wonder of Orson Wells who scared America through the radio by making us think we're going to be invaded by Martians in the 1930s.

Michael Bay. The man who made billions through the Transformers films, the Teenage Mutant Ninja Turtles live-action film, Armageddon, Bad Boys, Pearl Harbor, the remakes of The Texas Chainsaw Massacre, The Amityville Horror, The Hitcher, Friday the 13th, and A Nightmare on Elm Street. Why do people still watch his films?!!!! There's no story in them!

Enjoy and laugh, everybody!

Citizen Kane is created and owned by RKO Radio Pictures.