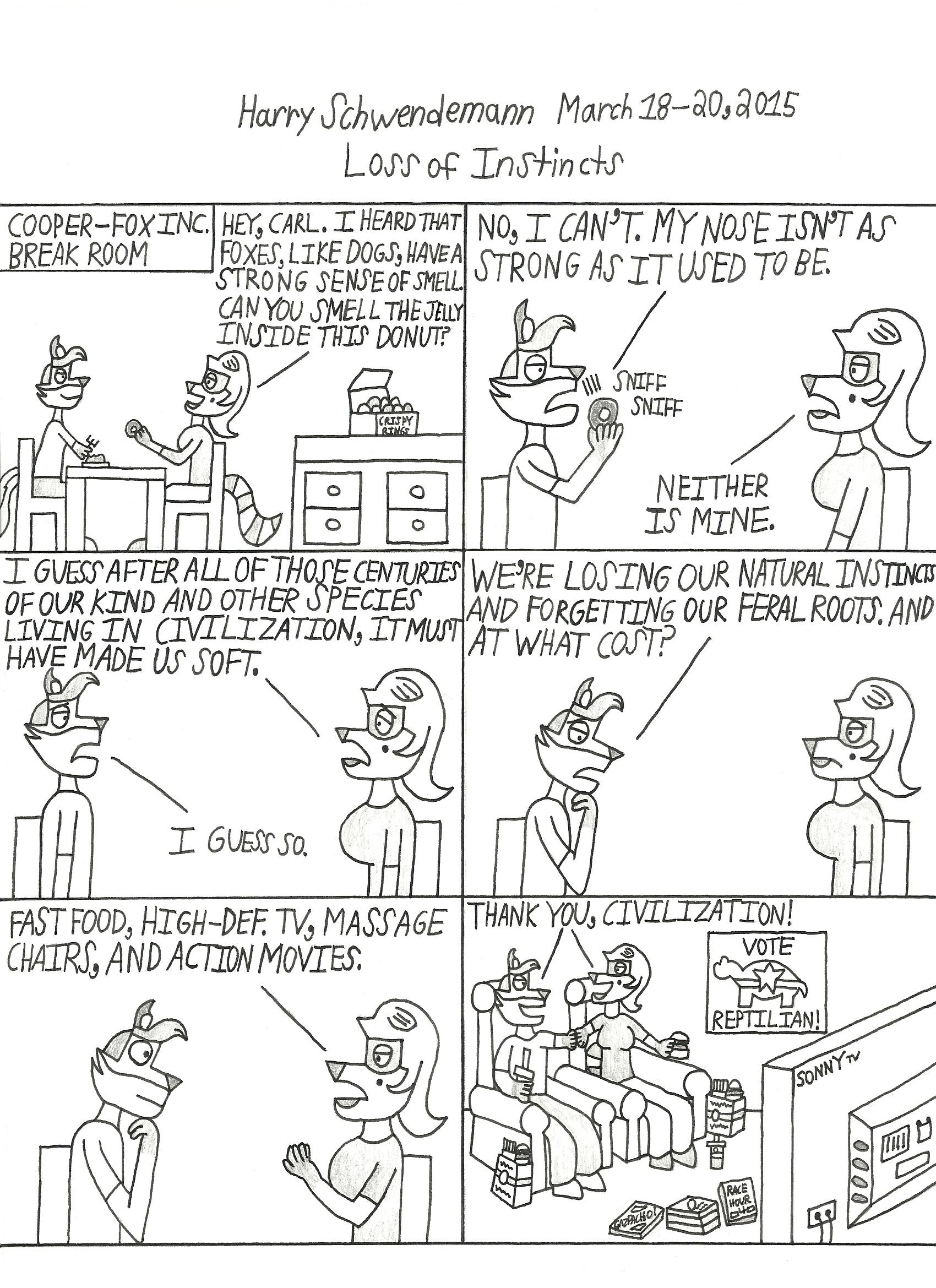 Scarlett the raccoon and Carl the fox are back with new designs and more satirical humor. I want to make them recurring characters in more upcoming anthro cartoons.

Evolution is slowing down. Many animal species in the jungle used to hunt for food, sleep in burrows, and peeing to mark territory. Now, most of them are watching action movies, eating fast food and earning a 401(k) in the urban jungle.

Primitive humans used to have the natural ability to climb thousands of years ago. Now for us, it takes a lot of practice and physical in-durance. Don't let the easy, modern lifestyle make you lose your inner animal.