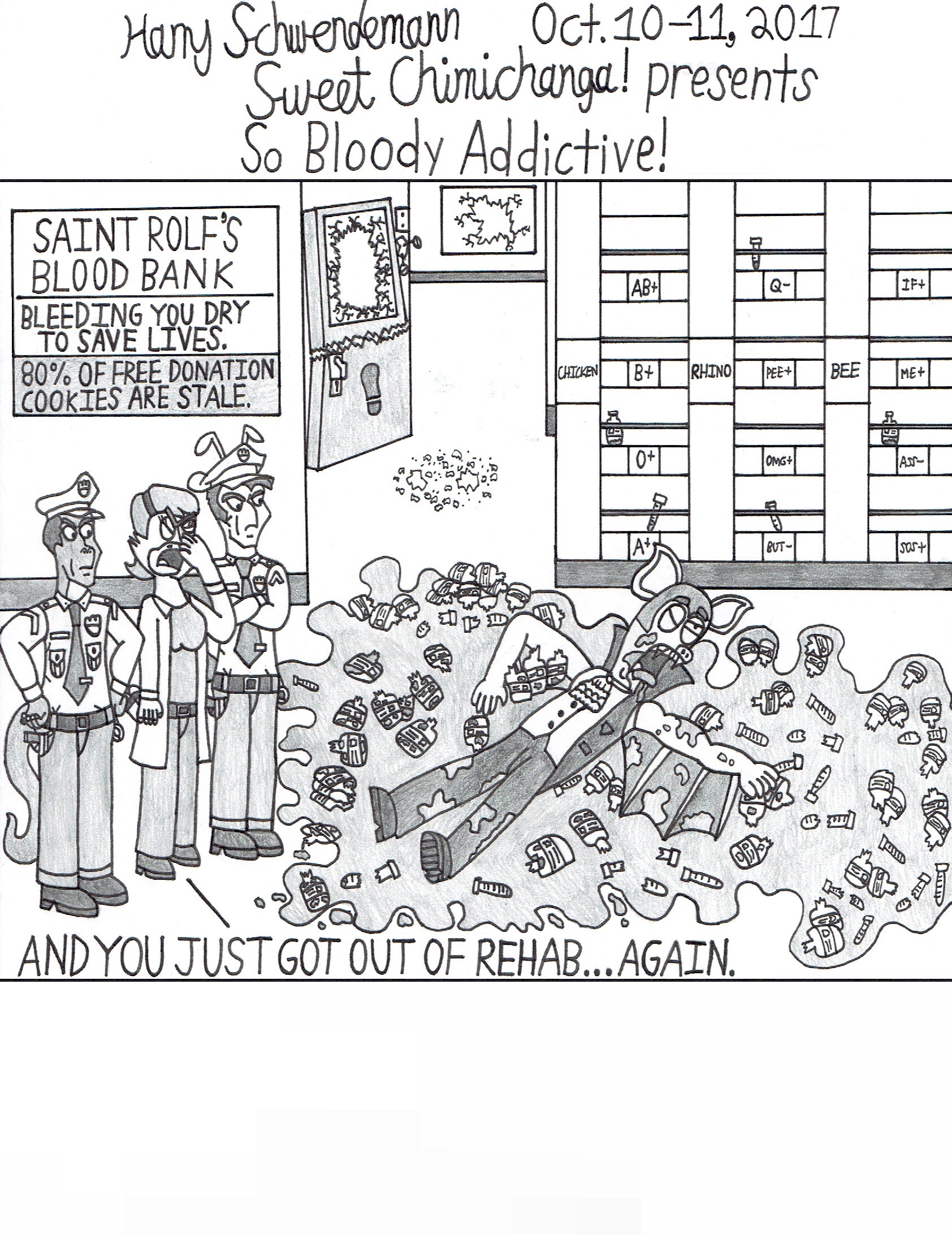 Warner Republic
If only this blood bank covered the windows, the doors and the blood bags and vials with garlic juice. Knowing that this vampire bat will waste away his second three-hour sober chip. XD

This comic strip is my second Halloween-themed strip for this season to celebrate the holiday. The bat who OD'd on the blood bank floor is definitely Count Dracula. No, it's not my bat character from pervious comic strips, Benny Dracula. It's just Count Dracula in anthro form. And the cop on the left is a komodo dragon, the blood bank manager is a duck and the cop on the right is an ant. The police officers are based off a couple of cops of the Edge City Police Department from The Mask: The Animated Series, due to a personal obsession of mine.

This comic strip takes place in the same city as my characters, Rachel Ringtails and Carl Vixson live in, and I will reveal the city's name in the future. ;)

The Mask: The Animated Series is created and owned by Warner Brothers/New Line Television and Dark Horse Comics.