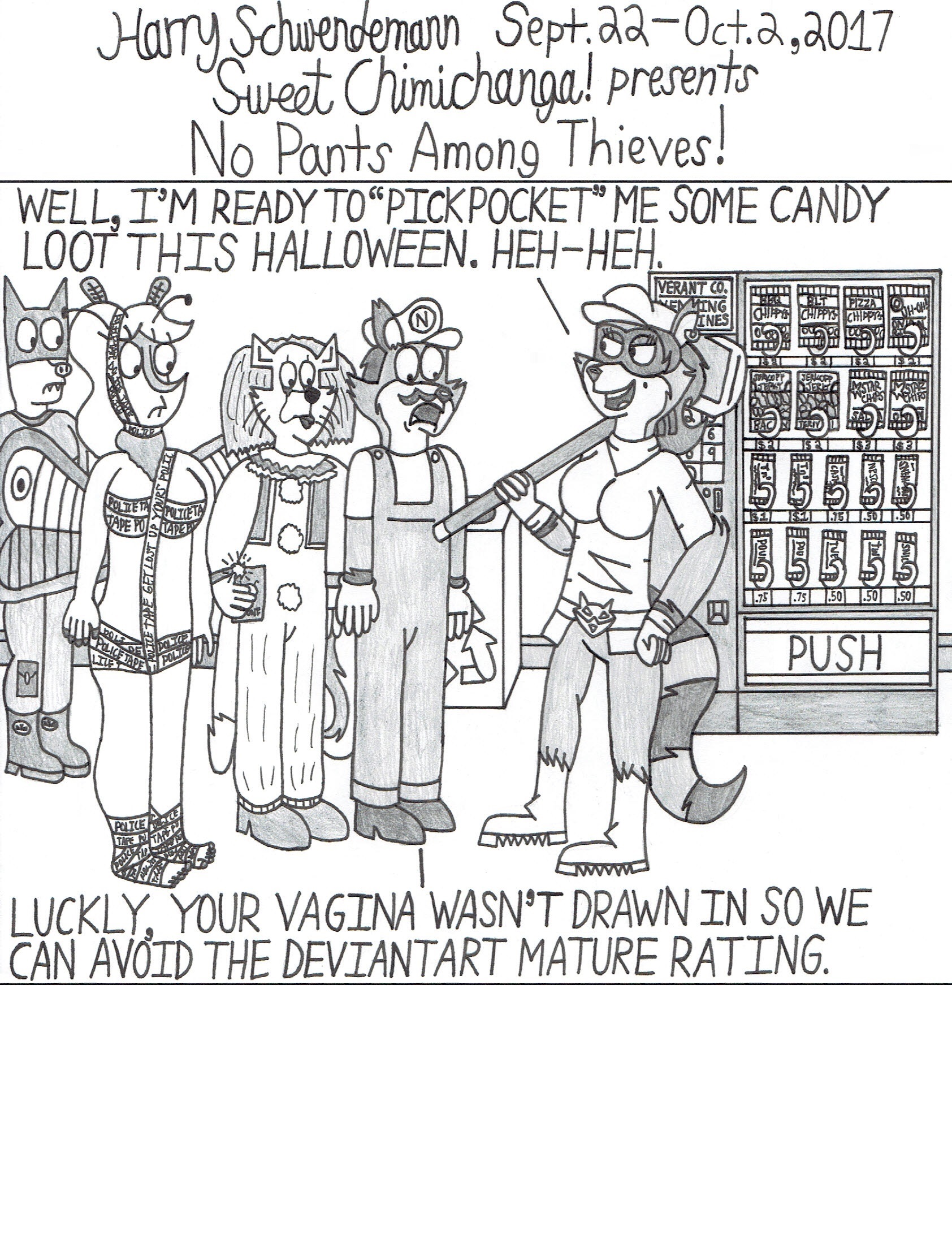 Warner Republic
She's one "sly" devil by avoiding the deviantArt's mature rating with this joke. ;)

I'm updating my characters lately, mainly focusing on my main ones, Rachel and Carl. I hope you furry fans out there are enjoying this latest update of my raccoon character, Rachel Ringtails. And her dressed up as everybody's favorite raccoon master thief. And she does look sexy in it, including the part of her living up to Sly's part of pantlessness. ;)

.Here are the list of my characters and their costumes:
-Carl Vixson the fox is a parody of Super Mario.
-Derek Liberty the cat is a parody of Pennywise from Stephen King's IT.
-Melissa Mothma the moth is a parody of Lady Gaga's police tape outfit.
-And behind Melissa is my minor character, Benny Dracula the bat, dressed up in a parody of Batman.