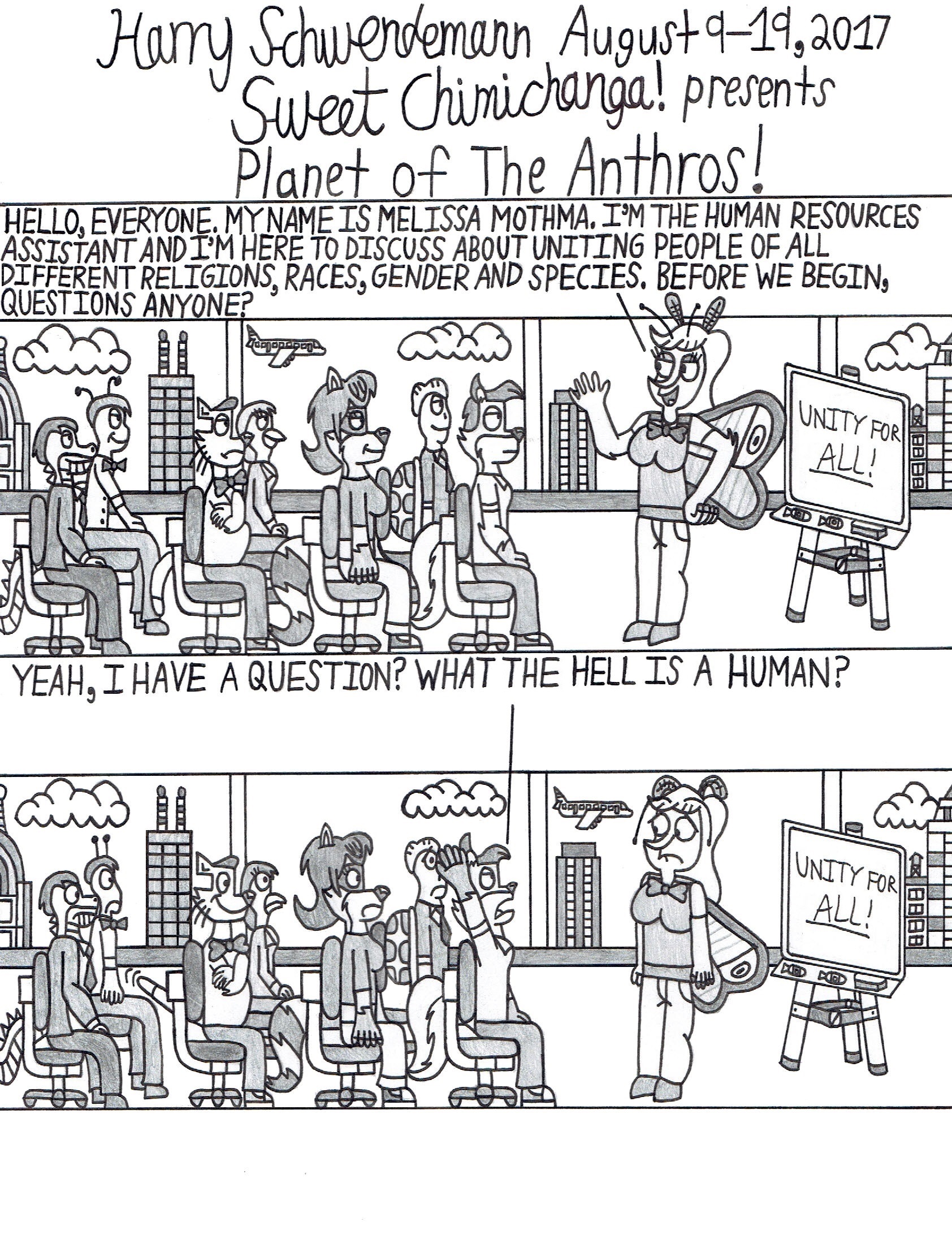 Warner Republic
I don't think how you pronounced that question will not be tolerated in the workplace, Carl. XD

In my crazy world, anthropomorphic animals are not classified as animals nor referred to each other as animals in general. If they can talk, wear clothes, walk upright, have at least five fingers or toes on each hand and foot, intelligent/sentient and of course, civilized, they are classified as people, or even human. In my imaginative anthro/furry world, the word "human" exists for creatures who are civilized, sentient, intelligent beings. But, in this world, real-life wild animals exist too. Including the ones who are farmed for food. ;)

Rachel Ringtails, Carl Vixson, Derek Liberty and Melissa Mothma are created and owned by me. :iconwarnerrepublic:

Also: Cooper-Fox Incorporated is an equal-opportunity employer for all people of various ethnicity, genders, religions, sexual orientation and species whom we classify and respect as equal, civilized, evolved, sentient human beings. Ha-ha! XD