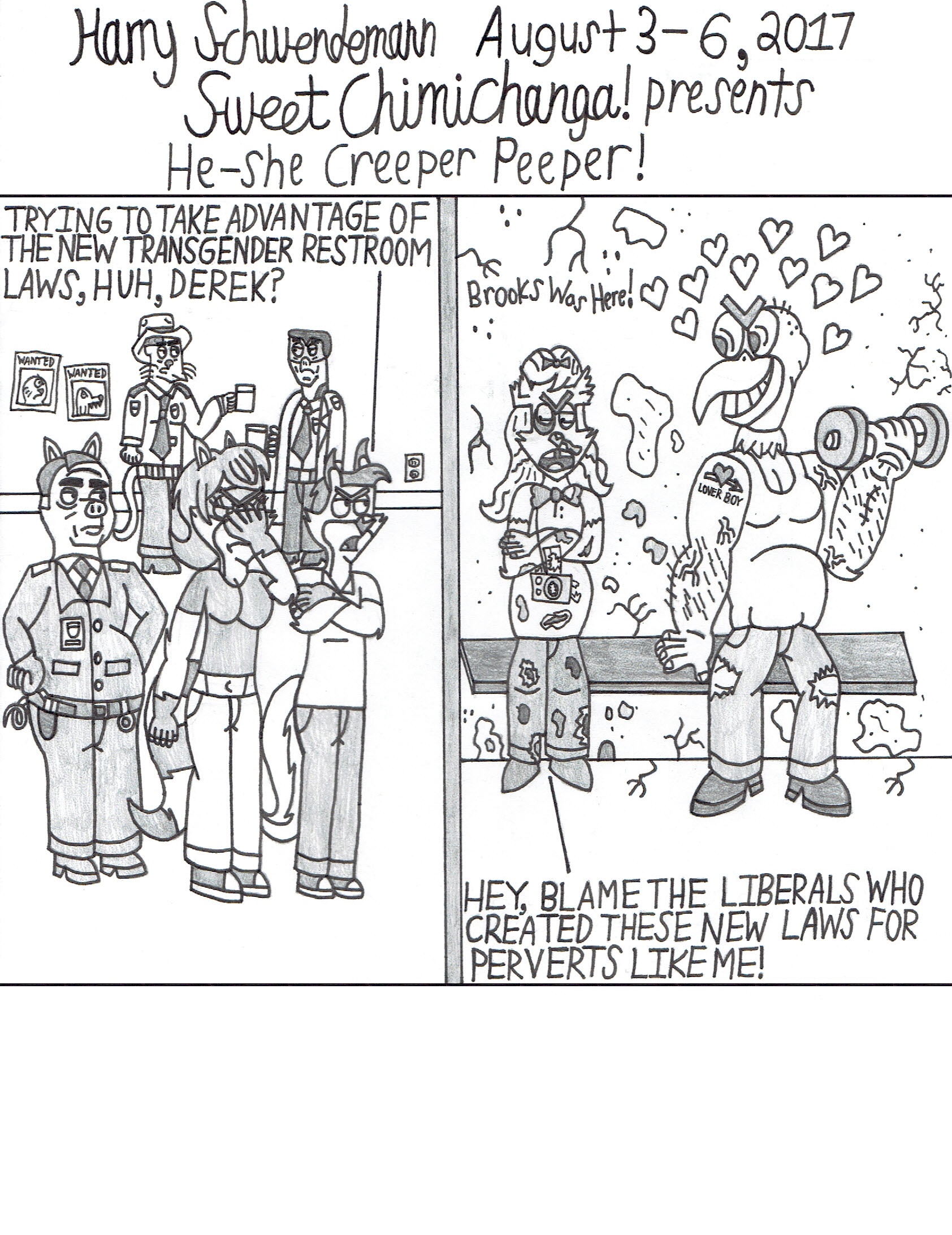 Warner Republic
With the United States deciding on new restroom laws that benefits those who are between genders, there are scumbags who will take advantage of them for their own "lustful" benefits. And my character, Derek Liberty is one of those scumbags. At least he has some company in his cell. XD

The pig police officer behind Rachel is based off the small-time character Inspector Tan Divo of the Coruscant Police from Star Wars: The Clone Wars. From comic issue #80 Clothing Not-optional, http://warnerrepublic.deviantart.com/art/Clothing-Not-optional-668687356 I created two police officers who arrested Rachel and Carl for public nudity (thanks to Derek) who are based off Sheriff Bronson Stone from Scooby Doo: Mystery Incorporated and Lieutenant Mitch Kellaway from The Mask franchise, both as a panther and a spotted newt and I wanted to put in one that is based off Inspector Divo from the Clone Wars TV series as a pig because I like the characters, but I have no room for him. So here's his first appearance in Sweet Chimichanga!

When I have new cartoon strips that involves police officers, they might return in them. And probably, I might add in characters that are based off Detective Doyle from The Mask and Security Guard Ralph from Animaniacs the cartoon series.

And note: I have been updating Rachel and Carl since the 100 comic issue and I think they're looking good now.

And that this comic strip is posted on my 22nd birthday. Hooray!! :D

Rachel Ringtails, Carl Vixson and Derek Liberty are created and owned by me.