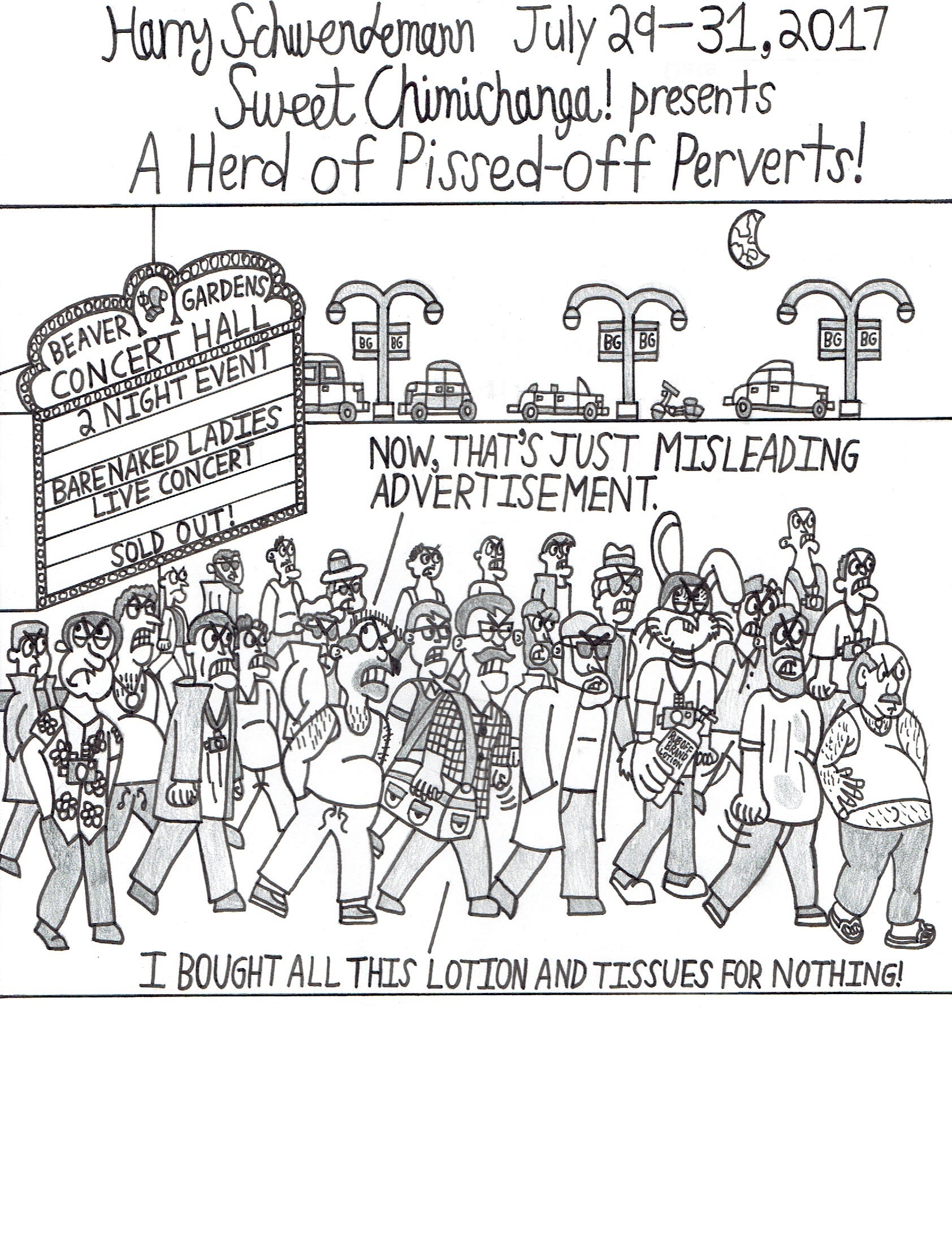 Warner Republic
They left their laptops, smartphones and parents' basements filled with used tissues and lotion bottles for this? XD

Don't you just hate misleading messages? Well, I guess since these people spent most of their time on searching the dirty and uncovered sections of the internet, they don't catch up on current events, popular culture and the real world, of course. ;)

If anyone doesn't know who Barenaked Ladies is, they're a Canadian rock band who are well-known for their songs, If I Had $1,000,000, Brian Wilson and The Big Band Theory's theme song, and of course, they're "all male and fully clothed." XD

The many surprise guest stars in this comic strip are my friend, RockyToonz Comics' fursona, Rocky Rabbit, the mascot and main protagonist of his hilarious comic series. And two parodies of Family Guy's Glenn Quagmire and Aqua Teen Hunger Force's Carl Brutananadilewski. I added in two parodies of them since they have "a unique thing for the ladies." And not the Barenaked Ladies. XD