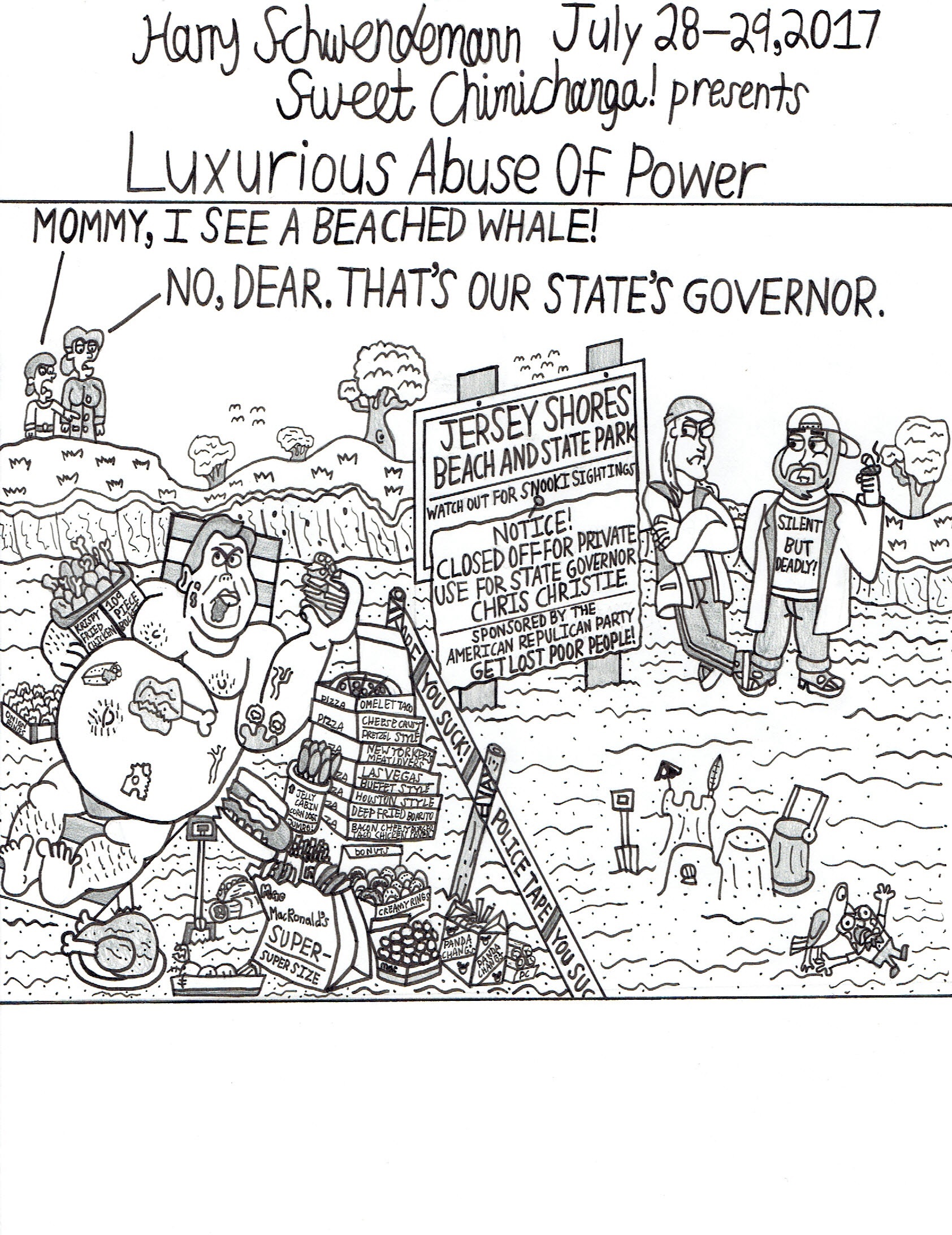 Warner Republic
Because of this stunt, the people of New Jersey would want to throw him back into the ocean. XD

This comic strip is a reference to the Island Beach State Park closure scandal in New Jersey by state governor, former 2016 Republican candidate and the state's largest breathing meatball, Chris Christie, in July 2nd, 2017. He and his family and friends closed off the beach for their private use and the "common people" (and possibly ones who voted for him in the past and now regretted it) are upset and angry at this act of abusing power. In the spirit of standing up against political corruption for satirical use, here's New Jersey's current governor getting his just desserts. And he didn't finish up his second brunch yet. XD

Those two handsome boys on the right are beloved, indie film icons and proud symbols of New Jersey's pot-smoking, lady-killing and rock-loving culture; Jay and Silent Bob of Kevin Smith's View-Askewverse films like Clerks and Jay and Silent Bob Strike Back, (also, there's a sequel called Jay and Silent Bob Reboot that's going to be made. When it comes out in theaters, go see it. I will.) Due to this taking place in Jersey and me a fan of Kevin Smith films, I just had to pay homage with this pic. Also, there's a well-known stupid, talking sponge getting eaten alive by a seagull at the bottom right for comedic use. Ha-ha! XD

Jay and Silent Bob are created and owned by Kevin Smith.