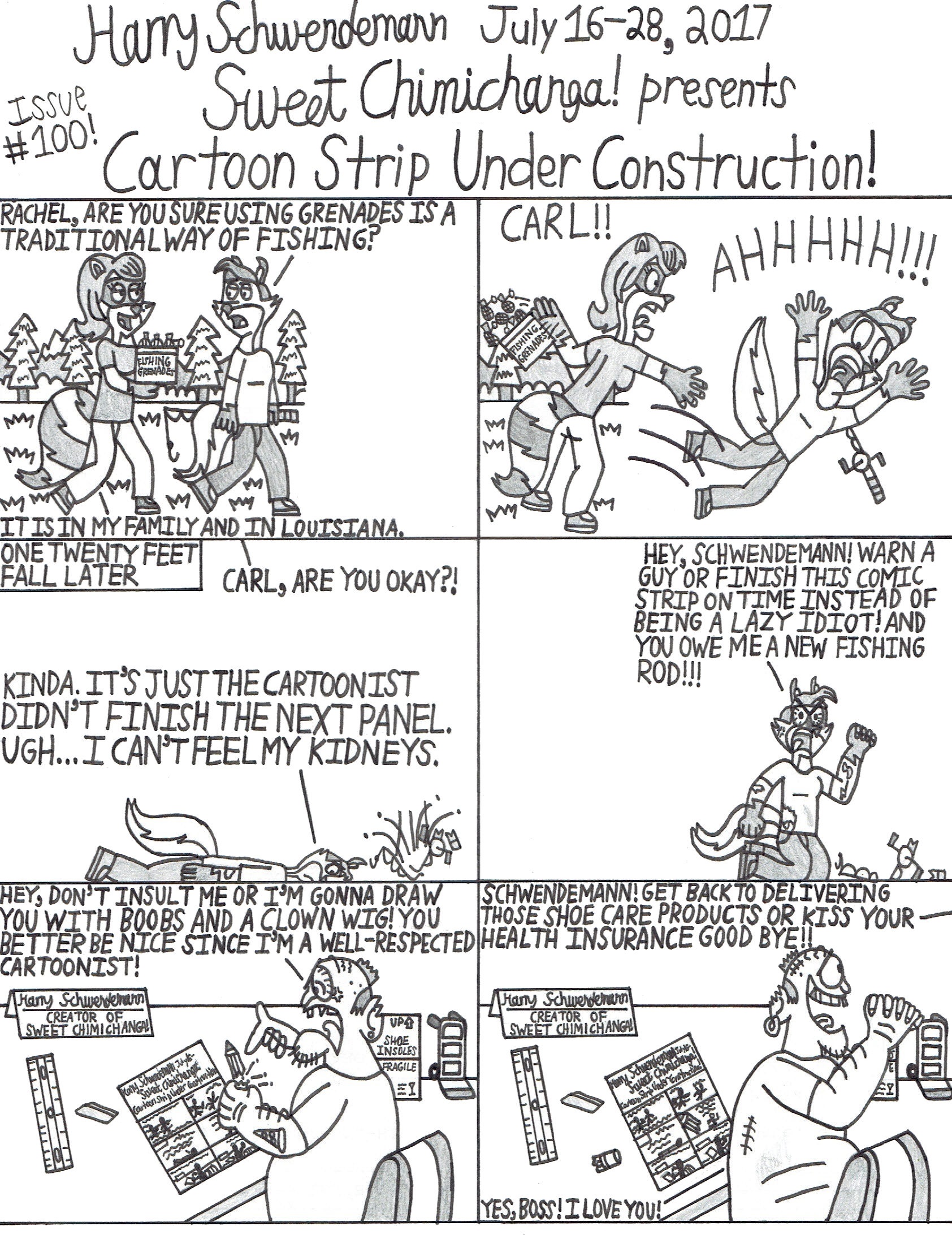 Warner Republic
Ha! Ain't I a stinker?! And a freak of nature! Ha-ha! XD

What a historic milestone. This is the 100 issue I have posted for the Sweet Chimichanga! series! Hooray! And I made it special with a clever fourth wall break and me revealing myself to the whole world. And of course, upsetting one of my original characters after felling off an unfinished comic panel. And no, I do not owe Carl a new fishing rod. He has a job and his own money. He can buy another. XD

To be honest with you, that is not me. That is my evil twin brother whom me and my parents had trapped in an ancient fallout shelter for several decades and feed him only used Popsicle sticks, baking soda and used adult diapers while chained to a radiator under a dim light-bulb with sewer rats. And sometimes he works at a foot-care product distributing warehouse to pay for the cable bill. And I had to put him on a chained leash with a shock collar. The reason why he's evil is because he believes that the Michael Bay Ninja Turtles movies are the greatest in history. You're welcome, world. ;)

And don't worry, fellow fans. Another 100 comic strips of pure boundary-pushing, satirically-hilarious, life-ruining, mind-numbing, celebrity-insulting, time-wasting and furry-centered humor giving real life the middle finger will push the series forward. I want to thank you all for viewing my comic strips, favoring them, commenting them and subscribing on the series' Comicfury page. Please continue on to keep the series alive. :D

Rachel Ringtails and Carl Vixson is created and owned by me.