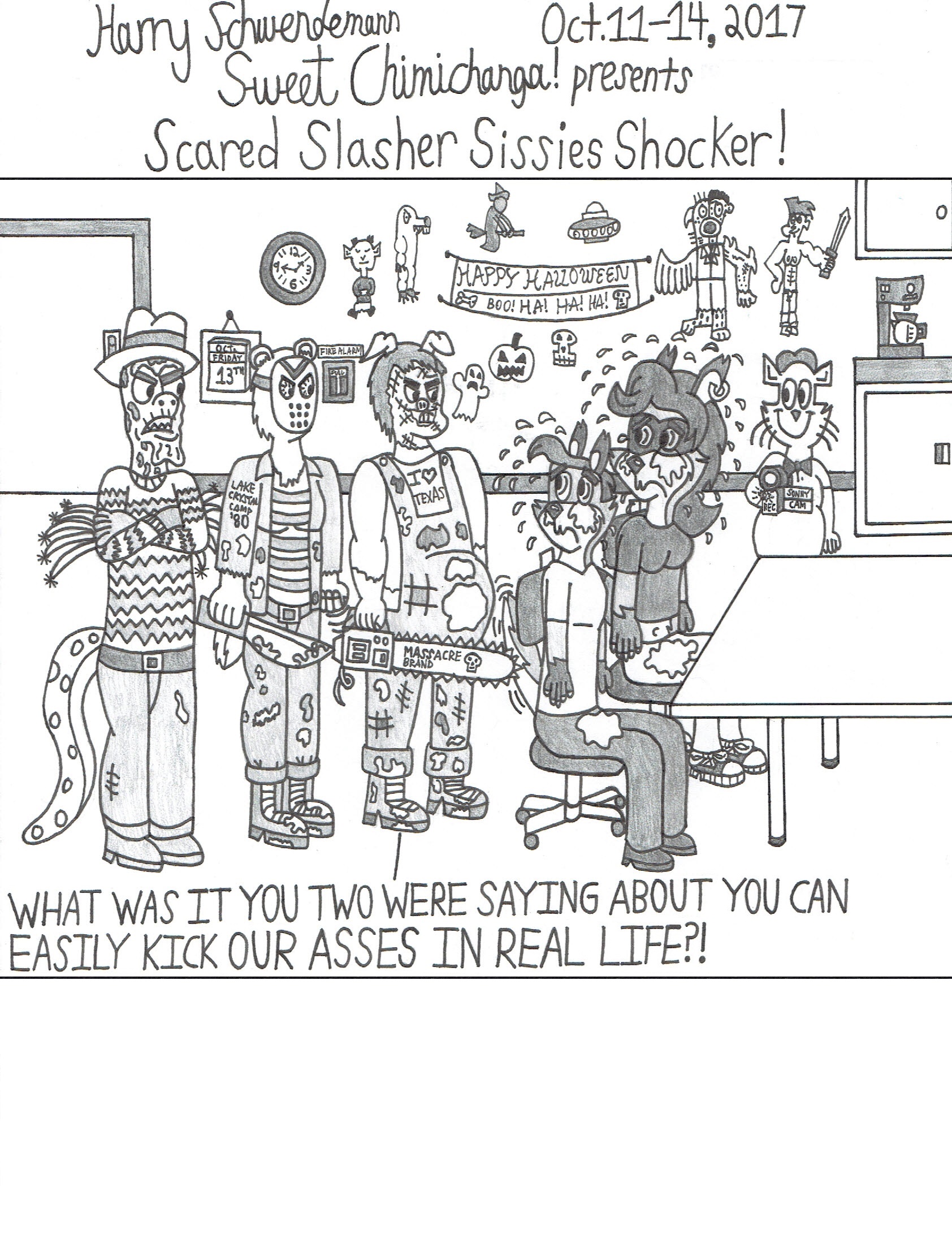 Warner Republic
They are literally so dead! XD

I know that this comic strip is posted awhile after Halloween, but I had to draw and post this for the sake of it. In the beginning, Rachel Ringtails and Carl Vixson are bragging about how they can easily beat the crap out of horror movie characters if they're real. Now, Derek Liberty is videotaping his coworkers and "friends" about to be slaughtered while having tears running down their faces and pants. XD

By the way, the killer on the left is a komodo monster, the one with a hockey mask is a bear and the one with a chainsaw is a pig. And the characters on the wall that are Halloween decorations are my previous characters, Master Cola, Harry Balls the mutant mole, the mutated scientist and Psycomore (from left to right).

Rachel Ringtails the raccoon, Carl Vixson the fox, Derek Liberty the cat (I hope gets slice into pieces also), Master Cola, Harry Balls the mutant mole, the mutated scientist and Psycomore is created and owned by me.

Please favorite this comic strip and leave a comment. Thank you. :)